Humanitarian actions of the ARM personnel

You are here:
ARMY AND CITIZENSOPERATIONS COMMAND 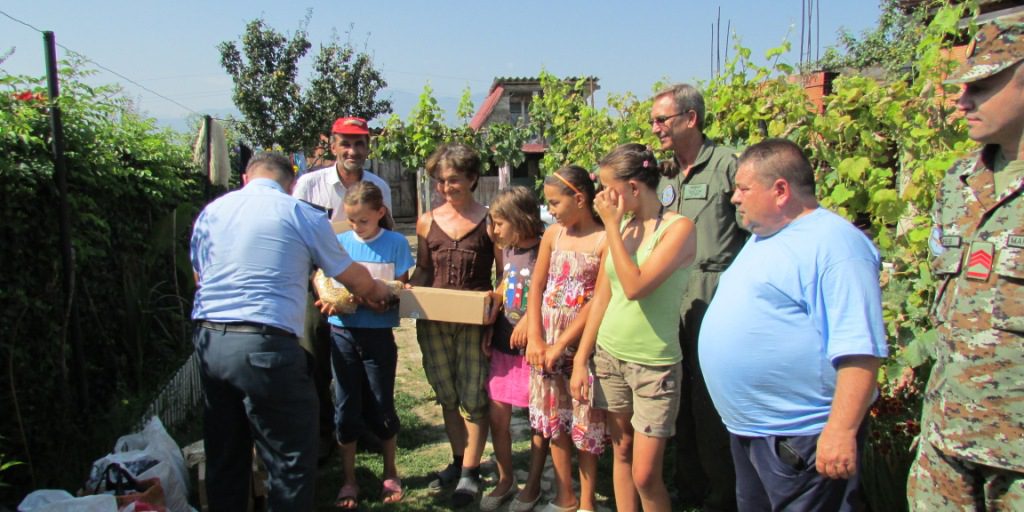 According to the plan and program of celebrating the 18th of August- the Day of ARM there have always been humanitarian activities at the Joint Operations Command.

On the 13th of August there was a voluntary blood donation action at the garrisons in Kumanovo and Tetovo, and as a concurrent activity there was clothing and shoes charitable collection. The ARM personnel collected clothing and shoes, which was given to the Red Cross Organizations in the garrisons in Kumanovo, Petrovec, Shtip, Tetovo, Kichevo, Prilep and Skopje on the 14th of August.

Humanitarian aid was also given to a family from social vulnerable categories as part of the civilian and military cooperation with the Social Services. The family with many children, Jovanovic (with nine children, two of which are handicapped), from the village of Petrovec was given humanitarian aid in food, clothing and shoes by the military personnel of the Air Defense Brigade.

The military personnel of the Army of Republic of Macedonia have again proved, as many times before, to be not only guardians of peace and territorial sovereignty of RM but also humanitarians who give aid to people who need it most.