You are here:
ARMY AND CITIZENS 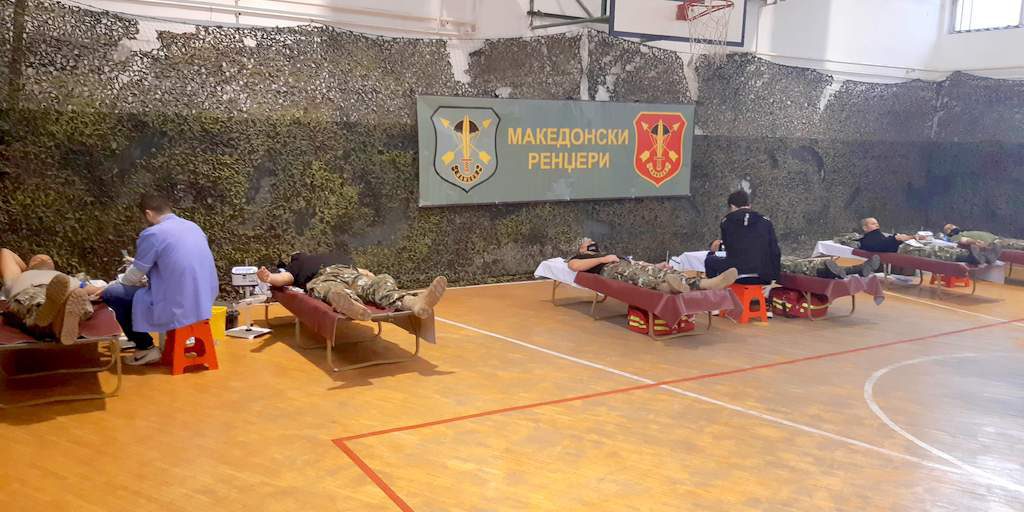 A huge number of Army of the Republic of North Macedonia service personnel participated in voluntary blood donation organized in three days due to the necessity which emerged at the Institute of Transfusion Medicine.

Voluntary blood donation was organized from 18-20 November in the military barracks “Ilinden” in Skopje garrison, and “Aleksa Demnievski Bauman” in Veles. 117 blood units were collected by the service personnel of the commands and units of the Army located in these military barracks which will significantly contribute to the replenishment of necessary blood stock levels at the Institute.

The following day, 46 blood units were collected by the other army units located in military barracks “Ilinden” who participated in the voluntary blood donation, such as service personnel from the Logistics Base and Operations Command.

On the third day, the service personnel of the Training Command and Doctrine from Veles garrison participated in the voluntary blood donation and collected 24 blood units, which is a regular planned activity in that unit.

In cooperation with the Red Cross and the Institute of Transfusion Medicine, the Army traditionally organizes from 20-30 voluntary blood donations in all commands and units as a regular activity or when a necessity arises.

There were blood donors who have donated blood 10 or more times, therefore, the Red Cross presented them with certificates of appreciation. In addition, the Minister of Defense, Radmila Shekerinska-Jankovska visited the blood donors in the course of these three days.

The army service personnel have always provided assistance to Macedonian citizens and state institutions whenever a need has arisen, in addition to fulfilling their constitutional obligations of defending the sovereignty of our country.