You are here:
ARMY AND CITIZENSEXERCISESOPERATIONS COMMAND 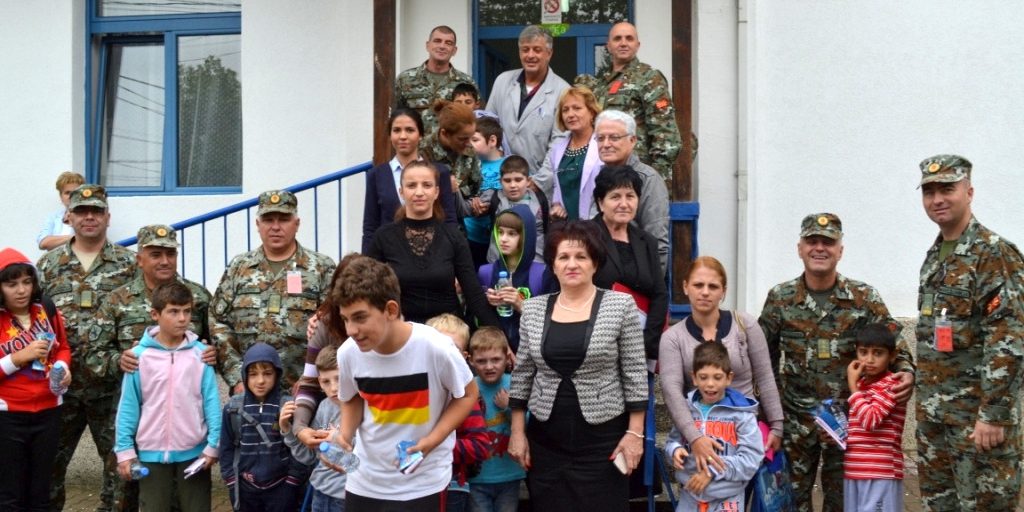 Today, October 7, 2015, the participants in the exercise “Macedonian Flash-11“ donated snacks to the class of children with special needs and the first graders at the “Strasho Pindzur” elementary school in Kavadarci. This once again confirmed the excellent collaboration between ARM and the locals during the execution of the exercises.

In accordance with the list of incidents and events, today within “Macedonian Flash-11”, the members of the Ranger Company at the Army Training Area Krivolak were assessed in executing infiltration by air with a Mi-17 transport helicopter and rescuing a hostage. The members of the Military police Company were assessed in executing tasks such as: action in a contaminated area, cordon and search and taking up combat positions.

Tomorrow, the exercise „Macedonian Flash-11“ begins its final stage, and the assessment conducted in accordance with the NATO Operational Capabilities Concept, that appraises the Ranger Company and the Military Police Company is expected to finish.