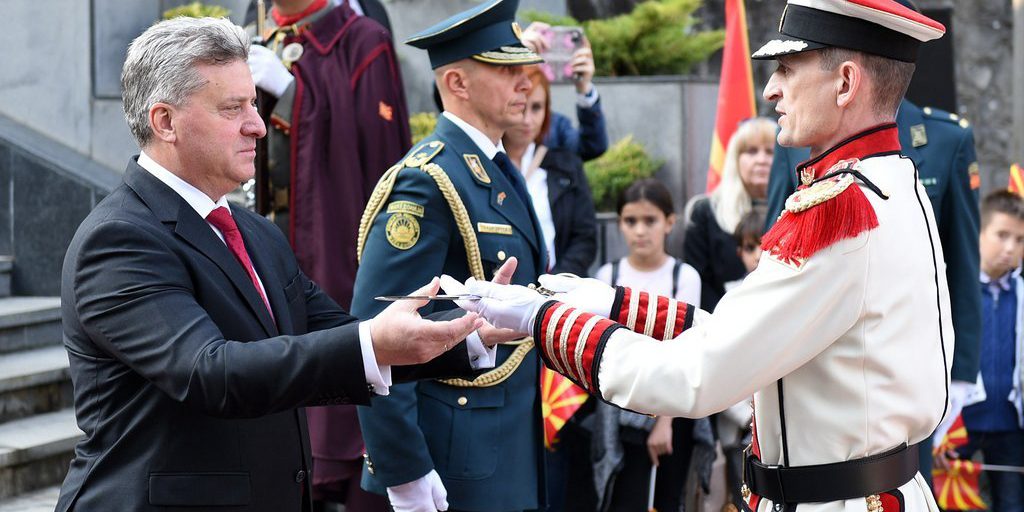 As part of the activities for celebrating the day of the unit, the President of the Republic of Macedonia and Supreme Commander, Dr. Gjorge Ivanov, awarded the first officers’ saber for honors to the commander of CGB, lieutenant colonel Ivan Atanasovski.

The promotion of the first Macedonian officers’ saber for honors is on the occasions of the 75th Anniversary of the Ceremonial Guard Battalion. The saber will have a ceremonial significance in welcoming senior guests, defense ministers, chiefs of general staffs and within the ceremonies organized by ARM. The making of the saber is adapted to represent the Macedonian history, culture and tradition.