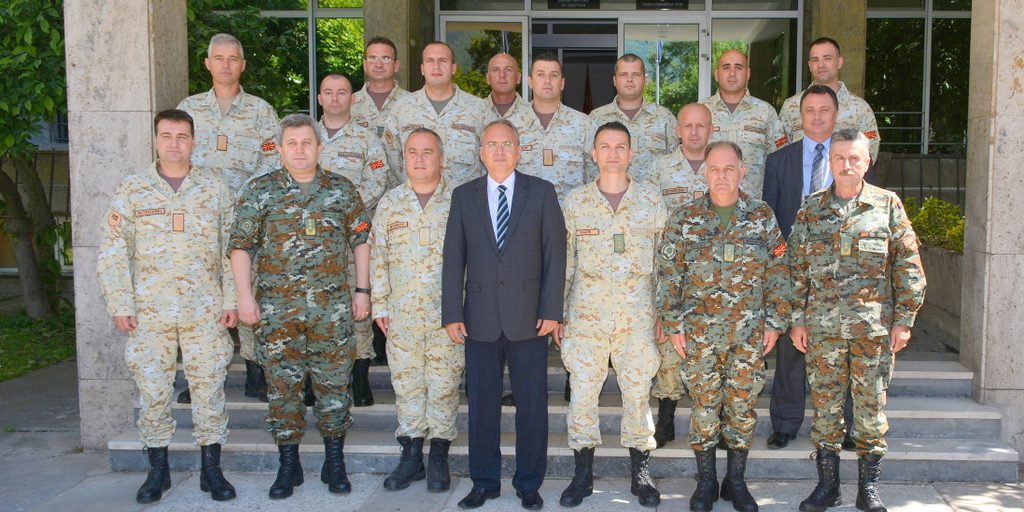 ARM members that in the next six months will participate in the mission “Resolute Support” in Afghanistan held a meeting with the ARM Chief of Staff, Lieutenant General Metodija Velichkovski and with the Defence Minister Zoran Jolevski.

The fourth rotation composed of 13 officers, will be sent to the Train Advise Assist Comand – Caital (TAAC-Capital) in the mission “Resolute Support”, where they will perform staff duties.

General Velichkovski emphasized that this team, which after the selection process went through a cycle of preliminary preparations, is expected to continue with the successful execution of tasks, to confirm and increase the level which ARM peacekeepers demonstrated through participation in peacekeeping missions, which will contribute to the promotion of ARM and Macedonia.

During the meeting, the authorized officers presented the preparations that the staff carried out in the previous period, and that are critical to the performance of tasks that this team will perform in the next six months within the mission.

In addition to the thirteen officers that participate in TAAC-Capital, twenty ARM members participate in the security forces to the main Command of the mission “Resolute Support” in Kabul, and six officers in the Train Advise Assist Command North.

ARM through participation in the “Resolute Support”, and in other missions led by the EU and the UN confirms its contribution to the preservation of peace and security.