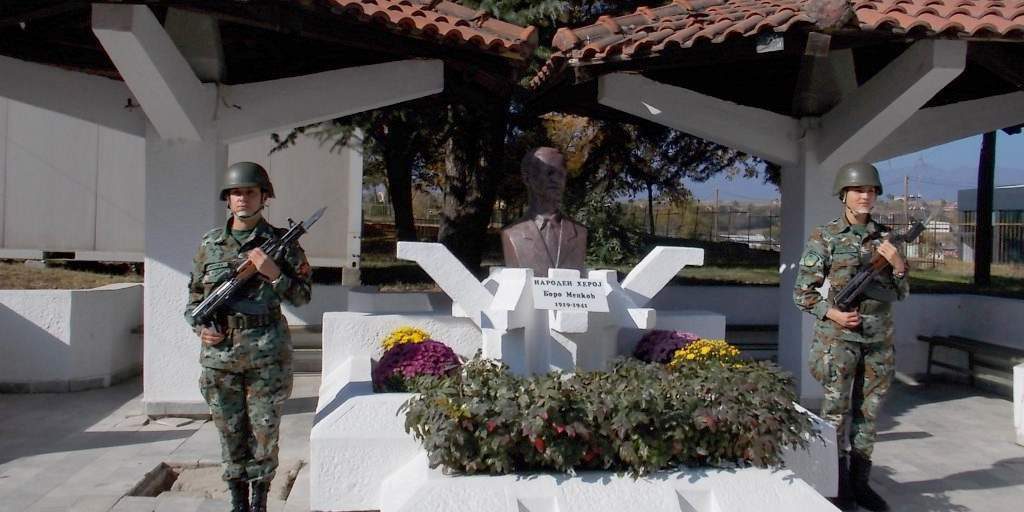 The barracks Commander Lieutenant Colonel Stojanche Kostov and the historian Marija Zivachki from the National Institution “Museum Kumanovo”, addressed the lined up soldiers and spoke about the life and work of the national hero Boro Menkov.

The marking of the death of the national hero Boro Menkov was enriched with the presence of the musical talent Martija Stanojkovik, the dance studio “Dance Team Fusion”, the ensemble “ Bajram Shabani”, students from the gymnasium “Goce Delchev” and the children from the kindergarten “Angel Shajche” from Kumanovo.

On the occasion of the Day of the patron of the barracks, a blood donation was organized and realized on 10.10.2019 and about 50 blood units were donated by the servicemen from the garrison Kumanovo.