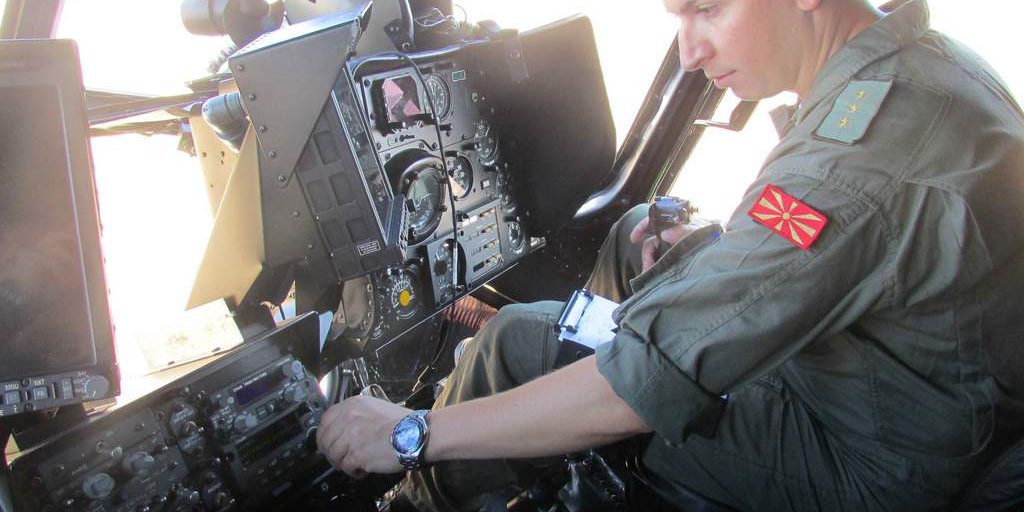 In the period from 16th to 20th September 2019, part of the Air Brigade (AB) was relocated from national hero “Strasho Pingjur” barracks in Petrovec to training area in Krivolak. It was carried out by two helicopters Mi-8/17 and one helicopter Mi -24. The technicians were moved by motor vehicles.

After deploying the units and undertaking the necessary preparations for the flight training, they moved to air reconnaissance of the terrain. During the flight training a number of exercises were performed among which were: search and rescue, infiltration, exfiltration and other activities involving members of the special operations platoon as part of the Air Brigade support company.

At the end of each activity an analysis was performed, an insight into the mistakes was made and guidance for improvement in order to perform the tasks more qualitatively and safely was given.

Also, together with a Mi-8/17 helicopter, they actively participated in the “National Response 2019” exercise.