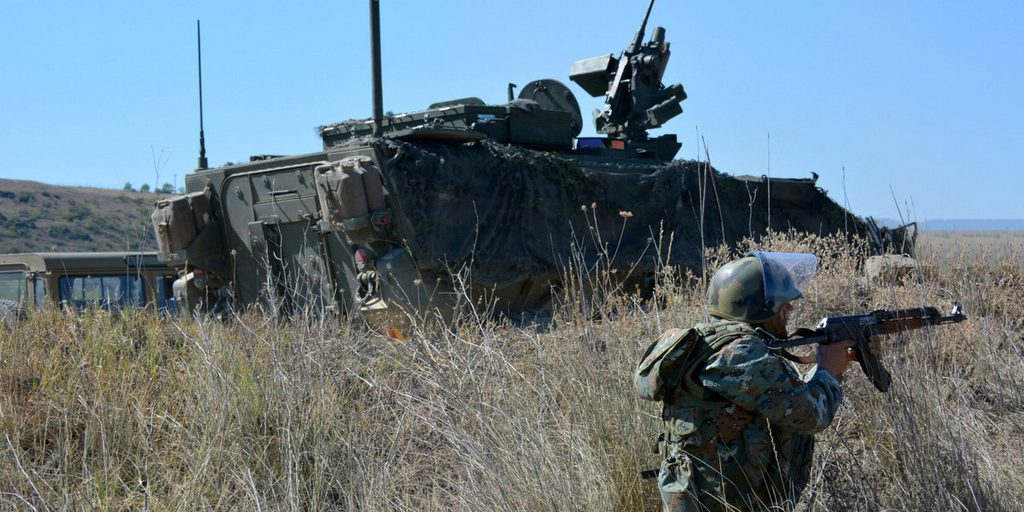 According to the planned activities of the Dragoon Guardian 17 exercise at the Krivolak training area, a VIP day and an open day for the media was held. ARM and US Army servicemen demonstrated detection and handling unexploded improvised explosive devices and a construction of runway for unmanned aircraft.

After the completion of the screening of the activities Prime Minister Zaev addressing the media emphasized the role of ARM, which works side by side with the US Army, and that ARM servicemen participating in this kind of exercises, traces the way to NATO.

Mutual sharing of experiences and mutual interoperability during this bilateral exercise, ARM Engineers Battalion servicemen and 1st Mechanized Infantry Brigade NBC 2nd together with US Army for Europe Cavalry Engineers Squadron are the main goals achieved in this joint exercise activity.

The Joint Exercise of the Army of the Republic of Macedonia and the US Army in Europe ‘Dragoon Guardian 17’ will last until 10.08.2017. In addition, performing the activities at TA Krivolak contributes to achievement of interoperability in standard operating procedures, improvement and promotion of mutual understanding and mutual cooperation. There is also a dimension of greater transparency and familiarization of the citizens with army activities.

In this context, the two armies have so far had a joint display of motor vehicles and equipment in front of the citizens in Kumanovo, Skopje, Stip and Veles, and the same activities will be carried out in the cities of Strumica and Struga.