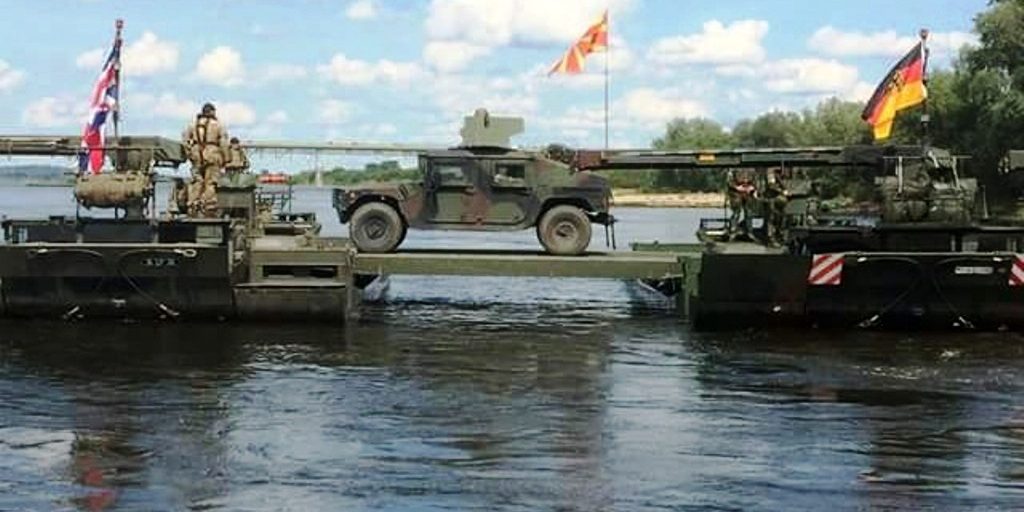 Yesterday, members of the ARM units, who in the period from the 6th to the 17th June, 2016 took part in the largest military exercise organized in Europe since 1980, during which as part of the 31,000 soldiers from Armies of 24 different countries from NATO and Partnership for Peace (PfP), successfully completed all the given tasks and gained new experience.

With the last complex training activities which were carried out as part of the Day for High Guests at the military exercise “Anaconda-16”, ARM units completed their participation in the training activities, and after the official closing of the exercise they are ready to return to their daily duties in their units.

The activities performed on the Day for High Guests were observed by the Minister of Defense of the Republic of Macedonia, Zoran Jolevski, and an ARM delegation led by the Commander of the Joint Operational Command, Major General Vasko Gjurchinovski.

On most locations where the exercise took place and where ARM members were stationed, high level of training and readiness for carrying out complex combat task, as well as full interoperability with the procedures applied by NATO were honorably presented.

In the past ten days units of the Army of the Republic of Macedonia which participated in the “Anaconda” together with members of other partner armies carried out complex situational exercises on different levels according to a given scenario, at the same time showing compatibility with the procedures and standards applied by NATO partner countries.

By taking part in this international joint military exercise, as many times before, the ARM confirmed that it fully applies all NATO standards and operational procedures, as a result of which it equally participates in all kind of complex peace-support and security exercises and operations together with NATO partner countries.