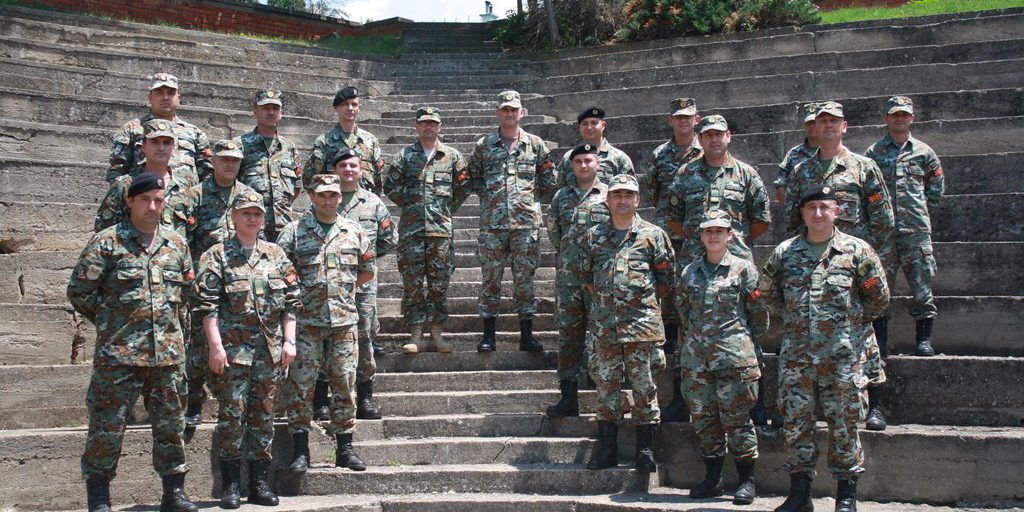 In the period from 18th to 22nd June, 2018, at the Training Centre (TC) ‘Pepelishte’, there was a workshop for designing the final documents for military exercise ‘Macedonian Flash – 14’. The activities from this workshop are prerequisite for a successful start of the exercise, during which NATO re-evaluation-level 2 of the Military Police declared unit will be carried out, and also internal medical evaluation of the declared personnel from the Land Maneuver Hospital with role-2.

The exercise management and control personnel actively participated at the workshop, as well as personnel of the first superior command of the declared units, completed with personnel of the Joint Operations Command (JOC) and of the first subordinate units from the 1st Mechanized infantry Brigade (1stMIB), the Logistic Support Brigade (LSB), Air Force Brigade (AFB), the Signals Battalion and the Military Police Battalion.

At the workshop opening, Exercise Director, Lieutenant Colonel Igor Manasovski greeted his audience and pointed out the meaning and importance of this exercise. He also defined the obligations and responsibilities, in order to direct the personnel towards fulfilling the assigned tasks. The focus of the workshop was designing an Operational order (OPORD) of the Land Force Commander – multinational brigade staff; identifying the needs to design the necessary supplements to the operational order of the Joint Task Force Commander; confirmation of the actual logistic support; finalizing the force protection documents; specifying the needs and requirements for the opening and closing days of the exercise, and of course the Distinguished Visitors Day, which will be on 19th October, 2018 at ATA Krivolak and TC Pepelishte.

Several inspections of the accommodation capacities and the terrains for realization of exercise activities at the ATA Krivolak were conducted as part of the workshop.

In the workshop closing remarks, the completed activities and the forthcoming tasks to be fulfilled in the period prior to the beginning of the exercise on 15th October, 2018, were confirmed. The final preparations for the exercise will be done during the Final Planning Conference, which is scheduled for 10th – 14th September, 2018 at TC Pepelishte.