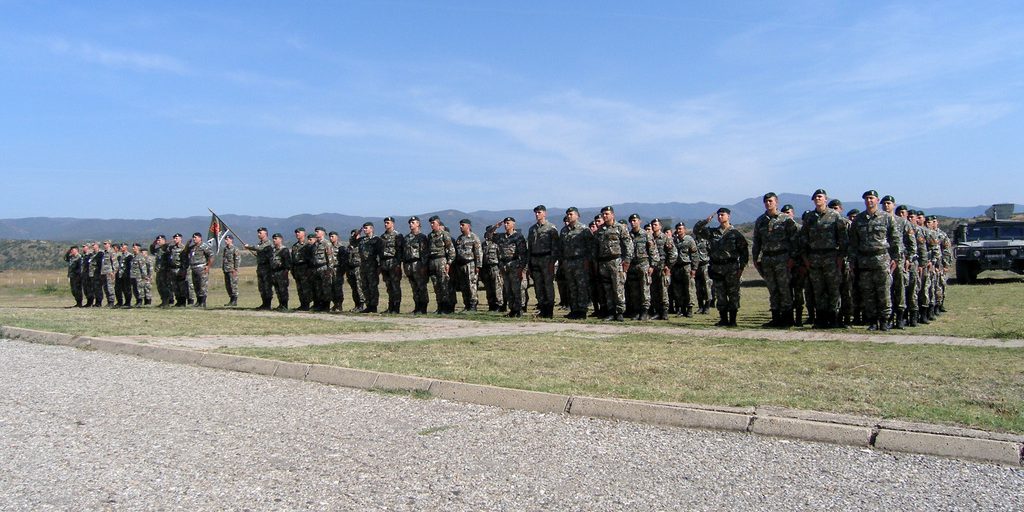 A formal opening ceremony for the exercise “Macedonian Flash-12” was held today, 02 October, 2016, at the Training Centre “Pepelishte”.

The Director of the exercise, Lieutenant Colonel Besnik Emini gave a speech at the ceremony and stated that the professionalism, exceptional dedication and high quality training are the foundations of the modern Macedonian warrior. Hence, the impeccable execution of the tasks through the difficult and complex situations they will be exposed to during the assessment will be only the evidence of their readiness and capabilities.

The exercise “Macedonian Flash-12” will be conducted in the period from 01.10-07.10.2016 at the Army Training Area “Krivolak” and the Training Centre “Pepelishte”. During the exercise, NATO assessment Level-1 of the Declared Ranger Company will be carried out. “Macedonian Flash-12” is an exercise that is carried out by units in the field by using artifacts live ammunition and it is based on a scenario for peace support operations and operations for response in crisis led by NATO/EU, under a mandate of UN. This exercise will demonstrate the interoperability of the declared unit for the NATO-led operations.

The exercise is also part of the 32nd NATO Evaluator Training Course, according to the Operational Capability Concept. 250 participants from 21 member states of NATO and Partnership for Peace will take part in the exercise.