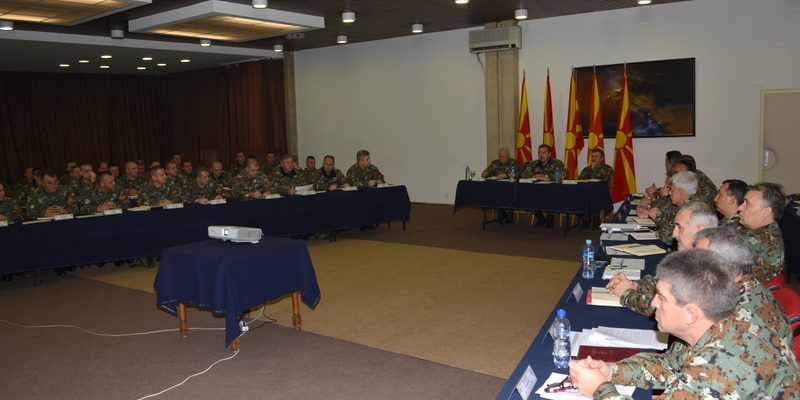 Today, at the Army Home in Skopje, a briefing on the combat readiness was delivered by the commanders of subordinate commands and units to the Chief of General Staff of the ARM. They briefed on the achievements, implementation of plans, training and other segments of the units’ work, which have impact on their combat readiness.

During the briefing on the combat readiness for 2013 were presented the subordinate units’ commanders’ analysis and observations on: personal management, force protection, operations, training and exercises, logistical provisions, communications links, budgeting and civil-military relations. The participants highlighted the level of fulfillment of planned tasks, the results achieved in training, satisfaction with the conditions of life and work, as well as experiences and lessons learned from participation in peacekeeping missions.

At the end of the analysis, General Koteski expressed satisfaction with the level of performance of duties in 2013, pointing out the major tasks and projects that marked the past year, at the same time issuing assignments and guidelines for implementation of the tasks planned for 2014.