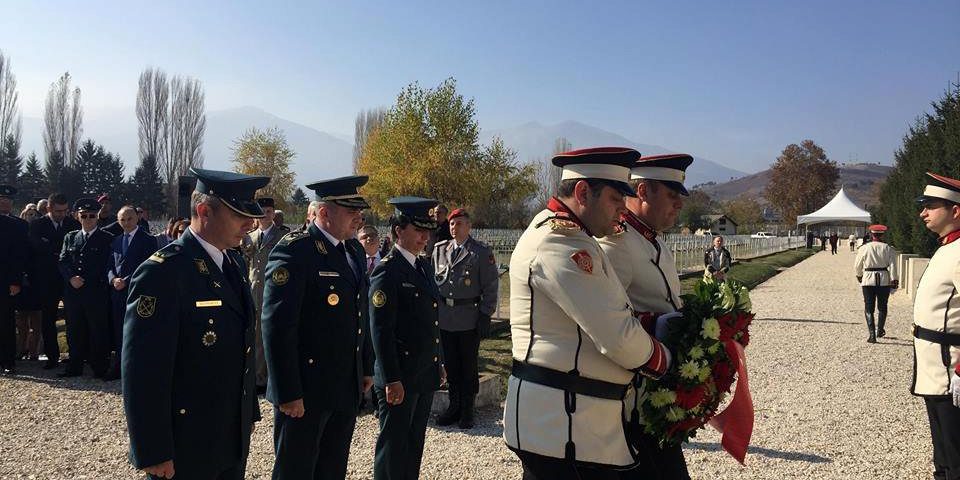 Delegations of the Army of the Republic of Macedonia took part in the celebration of the Armistice Day and end of World War I.