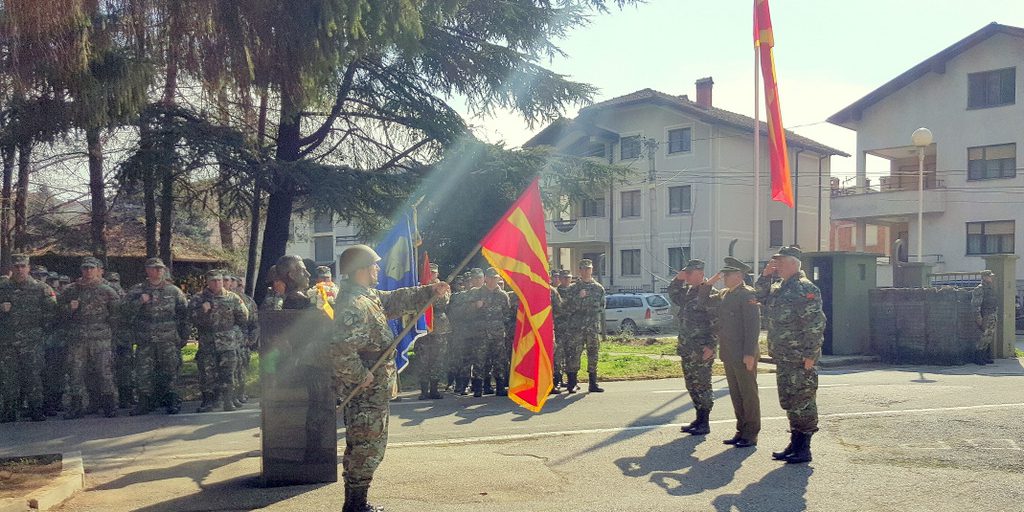 At the barracks “Kuzman Josifovski-Pitu” in Tetovo the Day of the Patron of the barracks was marked by laying fresh flower in front of the Bust of the National Hero. The celebration was attended by the JOC Commander Major General Vasko Gjurchinovski, 1stMIBde Commander Brigadier General Zoran Mileski, Commanders of other ARM units, government representatives, local government representatives, and representatives from other associations, non-governmental organizations, religious communities, private and culture sector and students from schools in Tetovo.

The activities during the military celebration were organized in accordance with the Regulations for Military Protocol. The Commander of the 3rd Mechanised Infantry Battalion, Lieutenant Colonel Igor Spasenoski, gave a short outline of the life and work of the national hero Kuzman Josifovski-Pitu. In his speech he also added that: “Today, we mark the 72nd anniversary of the death of Kuzman Josifovski-Pitu, Macedonian lawyer who was also the most passionate creator and supporter of the ideology behind the national struggle for freedom and the anti-fascist movement in Macedonia. It is our duty to respect his life work and sacrifice which was also given by many others so that we today can live in an independent and sovereign country.”

At the end of the celebration in the barracks “Josif Kuzmanovski-Pitu” there was a demonstration and display of the arms and equipment of the unit.