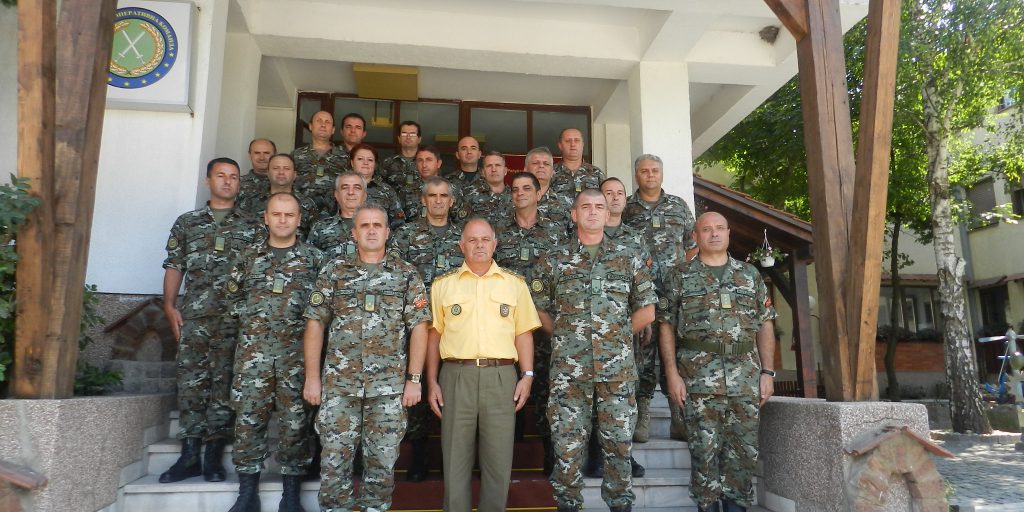 Addressing the attendees of the ceremony General Gjurchinovski in his speech said that with today’s handover of responsibility, the JOC Command continues performing all planned activities with fervent intensity, especially because of the fact that General Arsoski now as a first assistant is well acquainted with all activities realised by JOC so far.

Major General Muhamet Racaj expressed his gratitude to all the members of JOC for their support and dedicated work while he performed the duty of JOC deputy commander and at the same he wished the newly appointed commander success in his new post of duty.

The newly appointed JOC deputy commander Pavle Arsoski addressing the attendees said that in the forthcoming period he anticipated successful cooperation and maximum dedication in performing the tasks and at the same time thanked general Racaj for the achieved results of JOC in the previous period and promised that the Joint Operations Command would continue to achieve remarkable results, which would make everyone proud.

At the end of the ceremony the JOC members presented the outgoing deputy commander Muhamet Racaj with a JOC insignia carving as a reminder of his days in the command.