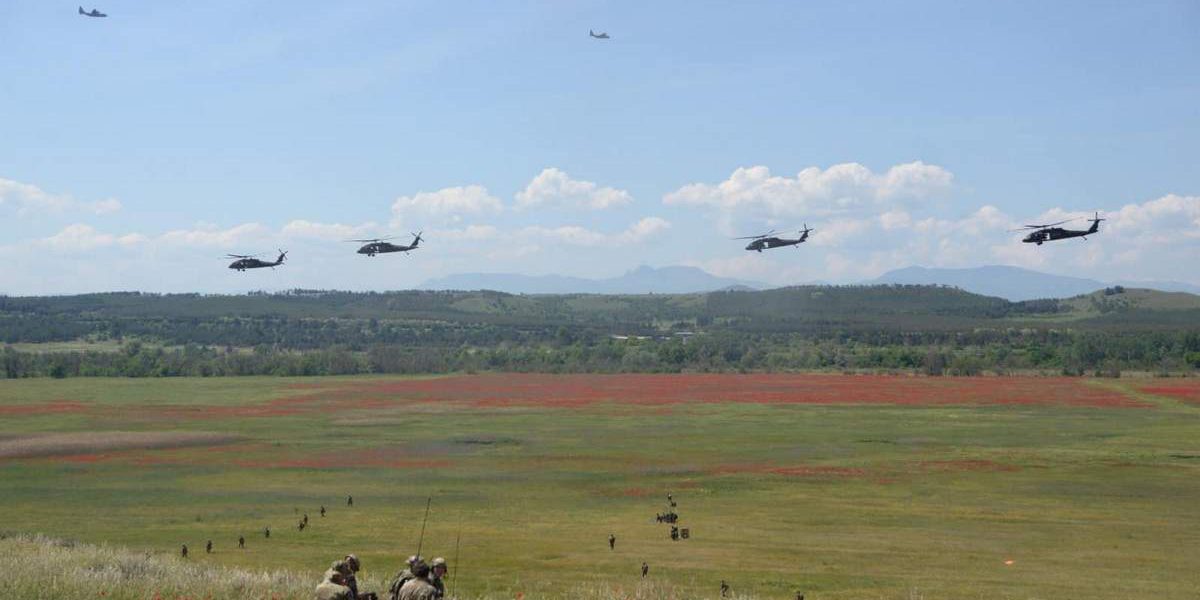 The highest state and military leaders and the large number of foreign distinguished visitors had the opportunity to observe today’s activities of the military exercise “Swift Response 22”, the largest multinational exercise of its kind since the independence of our country, conducted at the training area “Krivolak”

On the Distinguished Visitors Day, as part of the “Swift Response 22” exercise, complex airborne landing operations were presented, followed by parachute jumps, fighter aircraft over flights and helicopter landing operations.

The interoperability shown, the mutual coordination and the joint action of the armies of the countries participating in the “Swift Response 22” exercise was mirrored in the best possible way, while at the same time the capabilities of the Apache, Black Hawk and Chinook helicopters were shown, F-16 and A-10 fighter jets, as well as ground forces.

The Minister of Defense, Slavjanka Petrovska, in her address also emphasized the unity, solidarity and alliance of all NATO member states participating in this exercise which showed collective readiness and perfect interoperability.

On the day for high officials, besides the President of the Republic of North Macedonia and Supreme Commander of the Army Stevo Pendarovski, the Minister of Defense Slavjanka Petrovska, the Chief of General Staff, Lieutenant General Vasko Gjurchinovski and Major General Peter Endrusjak, MPs and the United States, the United Kingdom, Italy, France, Greece, Albania and Montenegro,