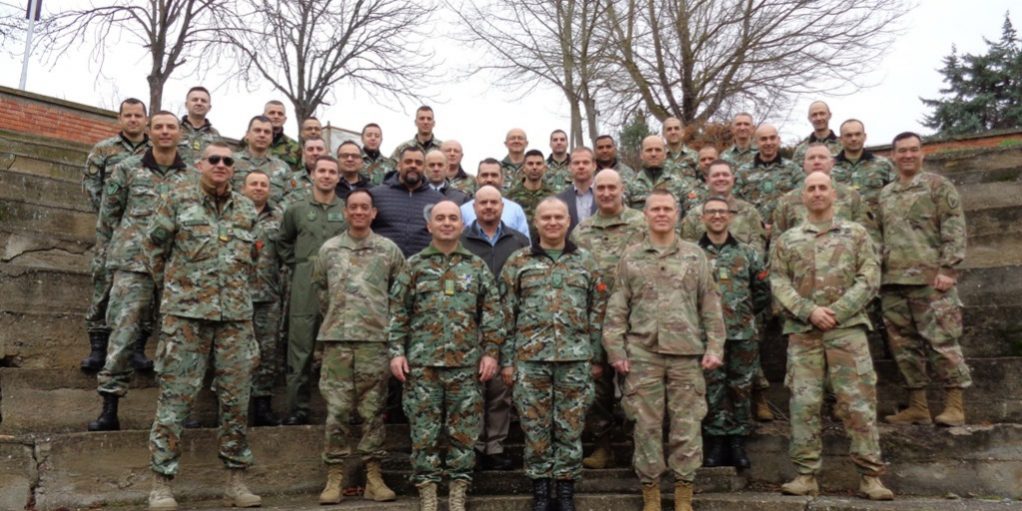 In the period from 08.03. to 13.03.2020, the Initial Planning Conference (IPC) for the exercise “Decisive Strike 21” was held at the Training Camp “Pepelishte” with the participation of representatives from the Pennsylvania National Guard, the US Army in Europe and representatives from the Armed Forces of the  Republic of Greece. The planning of the exercise was based on the 2020 Annual Training and Exercise Plan.

The conference was preceded by the Initial Planning Conference for the exercise “Defender 21” held in Budapest, Hungary, from  02.03. to 06.03.2020, where the planning team of the “Decisive Strike 21” took part.

The Initial Planning Conference was opened by Brigadier General Mirce Gjorgoski, who is designated as Director of the Exercise, giving guidance to the conference participants, highlighting the main priorities for this phase of the planning process.

During the conference the Officer with Primary Responsibility (OPR) of the exercise, Colonel Blazhe Nikolovski presented the purpose of the exercise, its organizational structure and its placement.

During the IPC the following activities were implemented:

On the sidelines of the conference, a representative from the US National Guard of Pennsylvania, Lieutenant Colonel Richard Tilitzki, had a meeting with the Commander of Operations Command in Kumanovo.