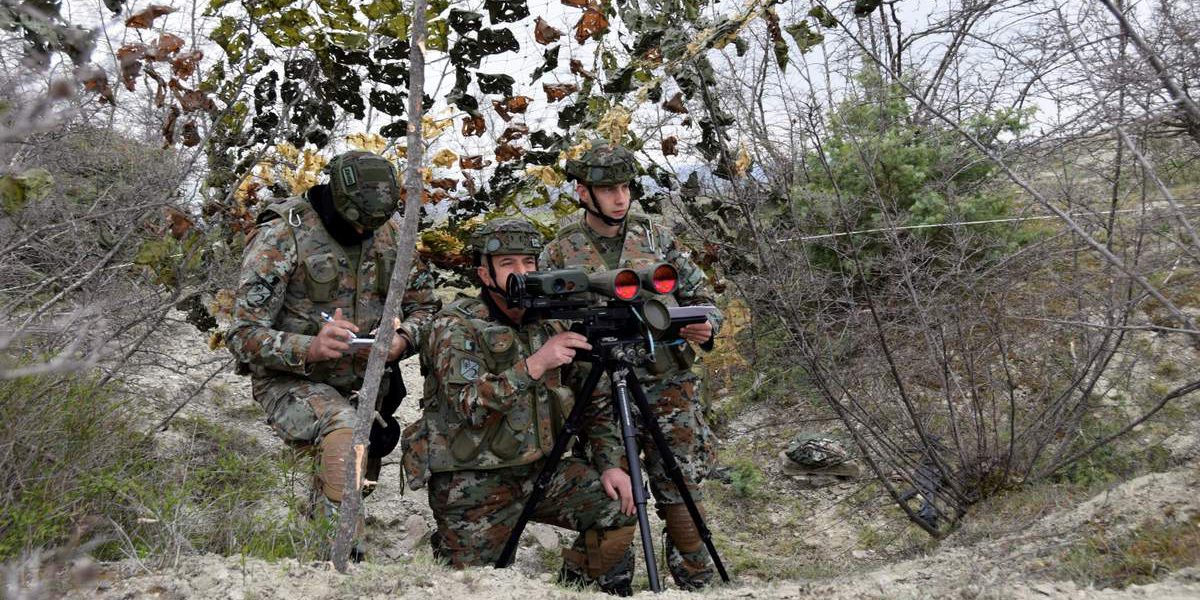 After yesterday’s activities of the field exercise “Flash-22” and the completion of the last event from the main list of events and incidents, the evaluation of the Light Infantry Battalion (LIBn), in accordance with the Evaluation Standards of ground commands and units of the NATO Joint Operations Command, ended.

At today’s announcement of the evaluation by the observers and the director of evaluation, it was emphasized that all planned activities, according to the list of incidents, were performed at the highest professional level and the official assessment is “combat capable of carrying out its mission.”

The director of the national team of evaluators, Colonel Ivica Cvetkovski, as conclusion of the entire conducted process by the evaluators based on the inspection over the performance of the tasks, said that the Light Infantry Battalion as a NATO target of capability, in accordance with the standards on evaluation of the combat readiness of the ground forces of the NATO Joint Operations Command, is able to perform its mission.

On behalf of the main representative of the NATO monitoring team that monitored the process and application of the evaluation methodology, Lt. Col. Timo Coleman today, at the initial announcement of the evaluation, stressed that the task of the team led is to assess the readiness of the declared unit NATO operational priorities in line with evaluation standards.

He stressed that as a new member of NATO, the Republic of North Macedonia has solidly planned and prepared the evaluation process, as evidenced by the fact that it has met more than 50 percent of certified assessors, according to NATO standards, which is an extraordinary achievement.

“For the Republic of North Macedonia, this is the first unit evaluated according to the standards of assessment of combat readiness, as a NATO member. “I am impressed with the commitment and professionalism of the assessment team, said Coleman”.

The evaluation, in accordance with the NATO procedures and standards, in the period from 4 to 8 April in the “Jane Sandanski” barracks in Shtip and the army training area “Krivolak” was conducted by a national evaluation team composed of 27 evaluators certified by NATO, with 16 events and 42 incidents evaluated.

During the exercise, the Light Infantry Battalion demonstrated its readiness to perform complex combat tasks, according to the list of incidents.

As part of the scenario, the battalion demonstrated procedures for staged incidents during patrols, convoys, surveillance, securing the base, cordon and search, as well as actions during hostile propaganda and disinformation activities, artillery attack on the base, medical evacuation, crowd management and battalion offensive operations.

The evaluators evaluated the procedures and the execution of the tasks, i.e. the tactical abilities for accomplishing the mission of the unit were demonstrated.

The assessment of the Light Infantry Battalion is the first assessment of a larger composition of the Army of the Republic of North Macedonia, after our full membership in NATO, with which we proved our readiness to fulfill the obligations withing army capabilities objectives.

After the evaluation, units from the Light Infantry Battalion on Monday, on the distinguished visitors day, in front of the army and country leadership will perform tactical exercise where they will demonstrate the level of ability and training for performance of combat tasks.