You are here:
EXERCISESSPECIAL OPERATIONS REGIMENT 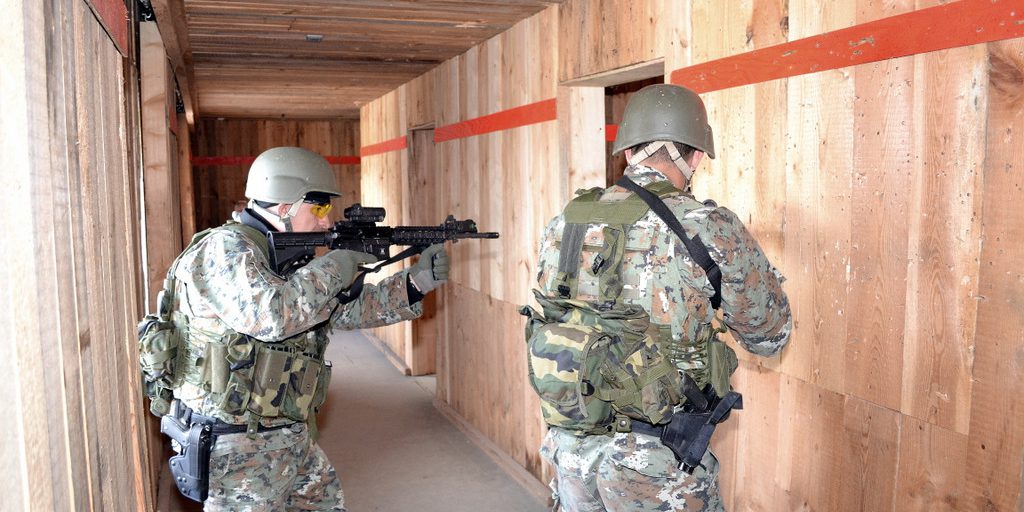 Macedonian contingent participating in a multi-national exercise ‘SABER JUNCTION 16’ comprised of members of the Special Forces Battalion from the Special Operations Regiment (SOR), in the period from 29.03. to 05.04.2016 executed immediate preparations and shooting practice for the upcoming exercise.

The preparations and shooting practice were realized at the training areas and firing ranges of the Military Base in Grafenwoehr – Germany. The preparations were executed in order to increase the interoperability with the other states-participants in the exercise. The exercise itself began on April, 7th and is to be realized in the period to 17.04.2016, and representatives and units from 16 different countries are to take part in the exercise. The aim of the exercise is to increase credence and deepen the bonds between the NATO partner and member states.

During the preparations period and the shooting practise members of the unit accomplished top results.

Preparatory activities before the Exercise “Swift Response 22” have started
04.05.2022