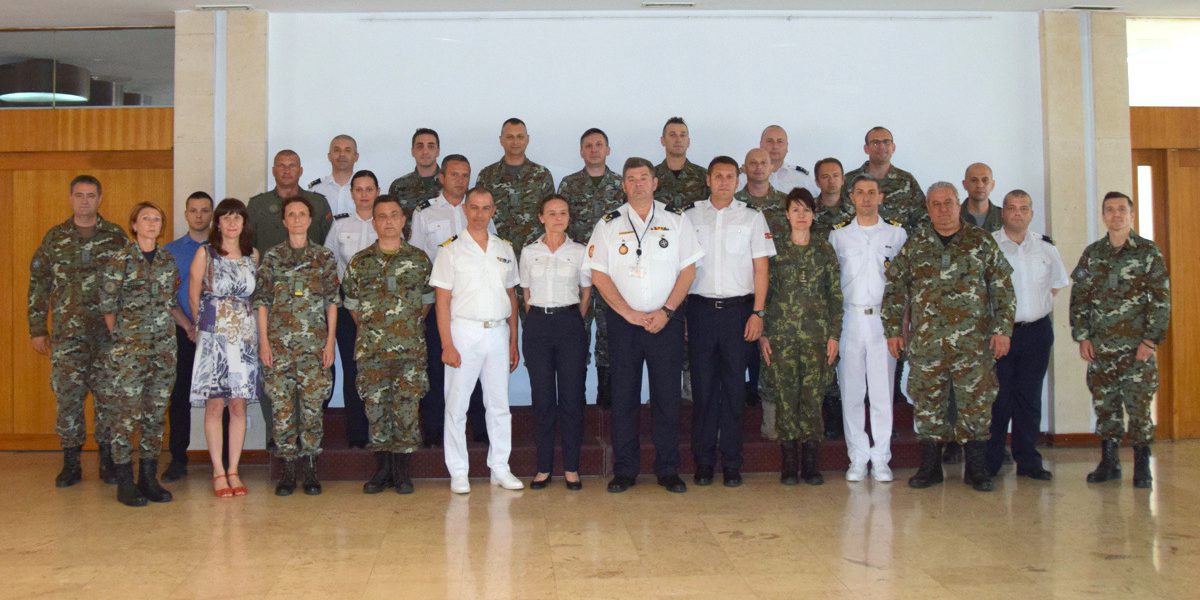 Constant training of the Army personnel on carrying out the process of NATO standardization continued this week by conducting the second module of the planned training.

At the standardization training, which was recently conducted under the auspices of the Hellenic National Defence General Staff, besides the Army personnel which is involved in this process, for the first time a member of the Albanian Armed Forces participated.

The Aim of the training is to instruct and prepare army members to carry out tasks according to NATO standards, which is an obligation of every member state.

During the course which took place at the Army House in Skopje from 30th May to 3rd June, 2022, attendees received certificates of participation by the General Staff Planning Section Chief, Brigadier General Simeon Trajkovski.