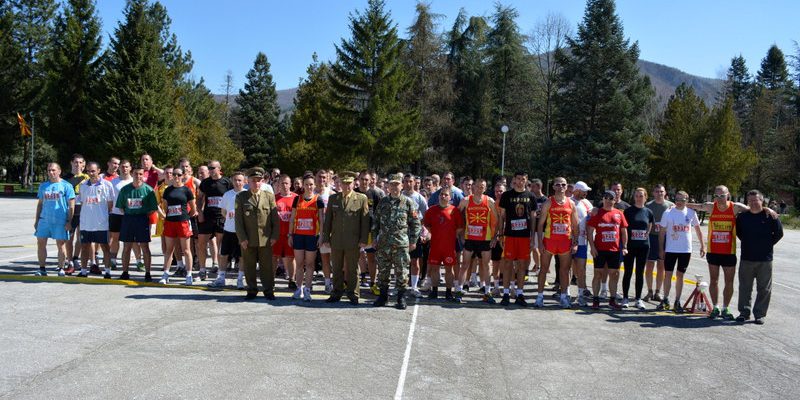 Today (19 March 2014), in the barracks “Chede Filiposki – Dame” in Kichevo, organized by the General Staff, was held the seventh ARM championship in cross-country running. The event was held on a special path within the sport racetrack in the barracks in Kichevo; the disciplines were 10 km running for men and 5 km for women. There were contestants from all commands and units of the Army, from the Military Academy and the Athletics Federation of Macedonia.

The Deputy Commander of the Joint Operations Command, Brigadier General Muhamet Racaj, opened the seventh championship in cross-country running. Approximately 150 ARM members took part in it, which proves the mass participation in this competition, but also the importance of maintaining physical fitness and sportsmanship as essential factors for healthy life and tasks performance.