The Commander of the National Guard of Vermont Visited ARM 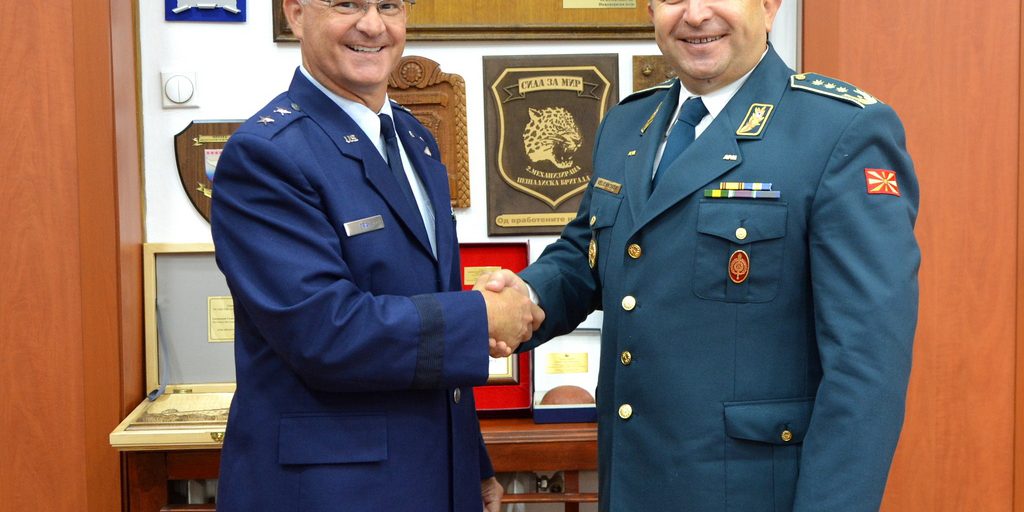 After a welcoming speech at the General Staff (GS) of ARM, the Chief of GS of ARM Lieutenant General Metodija Velichkovski had a work meeting with the guest.

At the meeting, the delegation of NG of Vermont got acquainted with the ARM activities including their experience and involvement in the immigrant crisis and alleviating the consequences of the recent floods in Macedonia.

The way ARM got organized in order to deal with crisis was explained as well as how they managed personnel and resources including coordination with other state institutions.

General Velichkovski emphasized the excellent cooperation between ARM and NG of Vermont through joint peacekeeping operations, a lot of international military exercises, training and education of servicemen in both armies.

General Kay thanked ARM for their hospitality and said that he was proud of their cooperation and friendship which has been built throughout the years and now it has grown into partnership.

During his visit of GS of ARM, General Kay met the Minister of Defense of Macedonia, PhD Zoran Jolevski.

Today, the delegation of NG of Vermont is visiting the Engineers Battalion and the Military Police Battalion at the Ilinden barracks in Skopje. Tomorrow, they will visit the ARM units deployed at the southern border of Macedonia and the Shtip Garrison.

Regular contacts on high level with the NG of Vermont improve the cooperation with this partner army through defense cooperation program with the US Army.