Chief of Defense of Kingdom of Norway Visited ARM 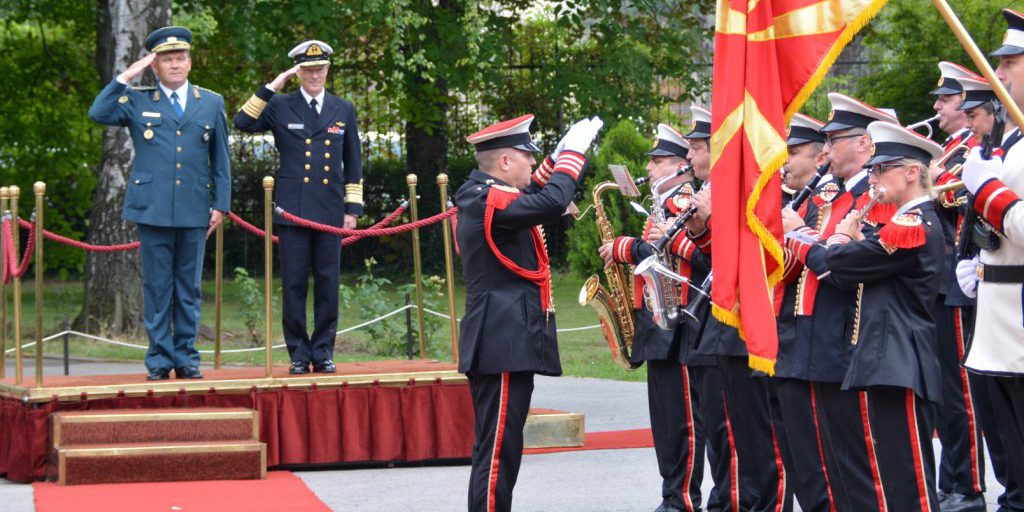 Admiral Bruun – Hanssen said that the cooperation with the ARM is significant especially when he saw the professionalism and capabilities of the ARM personnel first hand at the ISAF mission in Afghanistan. He also said that he was satisfied with their help with the ARM transformation and the defense of the Republic of Macedonia. The Chief of Defense of the Kingdom of Norway said that in the future, there will be other ways to strengthen the cooperation between the two armies, including their support of the Republic Macedonia in being a NATO member country.

During his visit of GS of the ARM Admiral Bruun – Hanssen met the Deputy Ministry of Defense Iljmi Selami.

The guests of the Kingdom of Norway were presented, the transformation of the ARM and their participation in international peace support missions as well as the military cooperation in the region and improvement of the bilateral cooperation.

Chief of Defense of the Kingdom of Norway will visit some of the Commands and units of the ARM and will get acquainted with their missions, tasks and training.

From 2008 to 2012, a medical team of the ARM was deployed as part of the Norwegian field hospital in Maymana in Afghanistan, when they successfully accomplished their mission together with their Norwegian colleagues. The Kingdom of Norway donated the ARM a Light Mobile Field Hospital which was worth about 2,5 million Euros, sophisticated equipment for communications security, medical supplies and computer equipment which was worth 57.000 Euros, as well as mentorship and financial support of the projects “Lepeza” and Regional Public Relations Office.