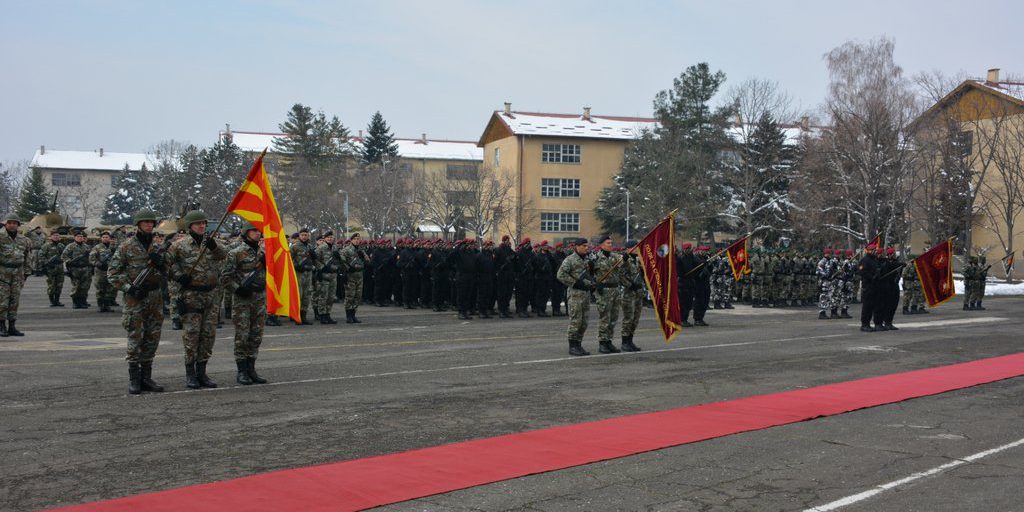 Today, in Ilinden barracks in Skopje, the Special Operations Regiment (SOR) celebrated the Day of the Unit with military honors. The most elite unit of ARM was formed 24 years ago.

Besides the Defence Minister Radmila Shekerinska, and ARM Chief of General Staff, Lieutenantt General Metodija Velichkovski, the ceremony was also attended by the Deputy Minister of Defence, Bekim Maksuti, the Deputy Chief of General Staff, Major General Muhamet Racaj, the State Secretary in the MoD, Dragan Nikolic, ARM Generals, Commanders of ARM units, former Commanders of SOR, other guests from the MoD of the Republic of Macedonia and the General Staff of ARM.

In her address, Minister Shekerinska said that Macedonia has defined its strategic goal, which is NATO membership, and thanked the servicemen of the Regiment for everything they had done to represent Macedonia in its true light, and to help their country face its challenges in difficult times. “Every step towards NATO will be a step forward for Macedonia’s strategic interests, its progress and its stability”.

Regarding regional cooperation, the Minister announced that servicemen of the regiment will take part in a military exercise in Bulgaria in October this year, in which a large number of countries from the region will participate.

In his speech, the SOR Commander, Brigadier General Orce Jordev, emphasized the historical significance of this day for the unit, as well as the contribution of the special operations units in the building of the modern ARM training and capacity building to combat modern threats. He also encouraged the servicemen of the regiment to continue being an example of commitment, responsibility and consistency in meeting the values ​​of the regimental recognizable motto – “More than possible”.

Despite the exceptionally strict admission criteria for this elite unit, the latest recruits for professional soldiers in ARM expressed huge interest for the SOR because of its proven reputation in the Republic of Macedonia and beyond.

At the ceremony, SOR servicemen received incentive measures and promotions.