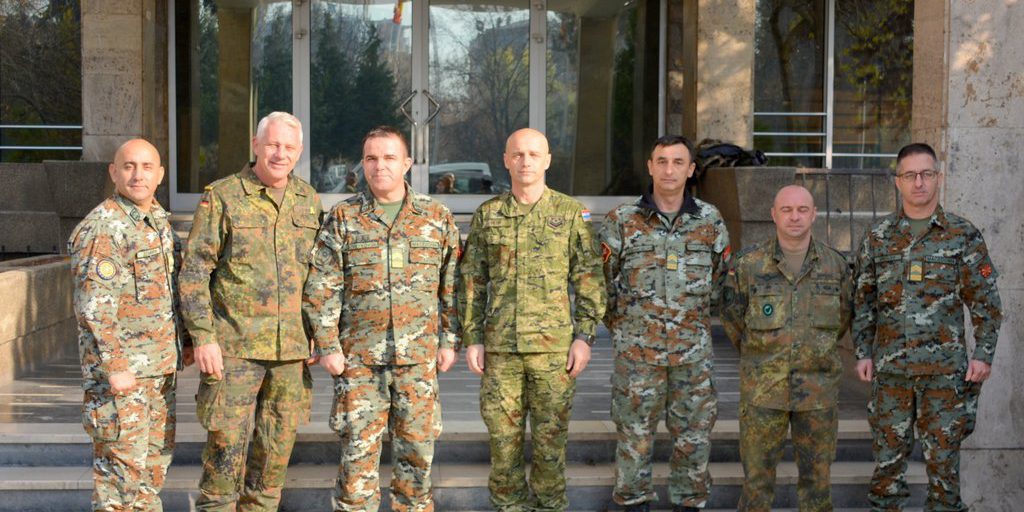 With the visit of the General Staff of the Army of the Republic of Macedonia, began a two-day tour of the ARM commands and units by Command Sergeant Major Davor Petek, Senior Enlisted Leader for Allied Command Operations at NATO’s Supreme Headquarters Allied Powers Europe.

After the reception by the ARM Chief of General Staff, Major General Vasko Gjurchinovski, the delegation from the NATO Allied Command, held a meeting with the ARM Chief NCO, Command Sergeant Major Svetoslav Cvetkovski and the chief NCOs of the subordinate commands of the GS of the ARM.

During the two-day visit, the delegation of the Allied Command will meet with the NCO corps in the ARM commands and units in the barracks “Alekso Demnievski Bauman” in Veles and “Boro Menkov” in Kumanovo, where they will attend a demonstration exercise. The purpose of the visit is to familiarize and promote the ARM NCO corps, exchange experiences and lessons learned, as well as initiatives for further cooperation in the field of training the NCOs in the ARM.

The role of the NCO corps in the NATO armies is particularly important in the training process. NCOs with their professionalism and expertise are one of the main pillars of support for commanders in carrying out military training. The ARM NCO corps is continually in excellent relations with the NCO corps of the commands and armies from the NATO member states, which contributes to the achieved interoperability when carrying out training in accordance with the NATO standards.