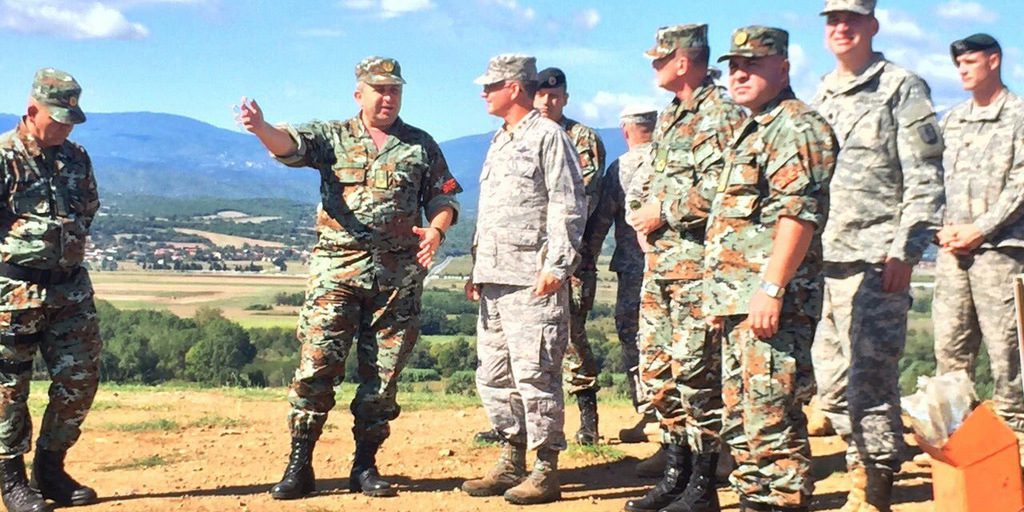 The delegation of the National Guard (NG) of Vermont lead by Major General Steven Kay and the Chief of GS of ARM Lieutenant General Metodija Velichkovski are visiting the southern border of the Republic of Macedonia today.

At the border watchtower “Bogorodica” in the vicinity of the border marker 59, the delegation got acquainted with the operations and other activities of the ARM while working on preventing illegal crossing of the Macedonian border as part of their mission to manage the immigration crisis.

The delegation of NG of Vermont were briefed on tactics, adjusted tactics, techniques and procedures used by the ARM servicemen in different situations when preventing illegal crossing of the border.

As a result of these effective tactics and techniques, thousands attempts of illegal crossing of the Macedonian border were prevented.

After visiting the border, the delegation of NG of Vermont will visit the Second Mechanized Infantry Brigade in the Shtip Garrison. Tomorrow, General Kay and the Chief of GS will be quests at the opening ceremony of the 31st World Military Wrestling Championship at the Sports Center “Boris Trajkovski” in Skopje.