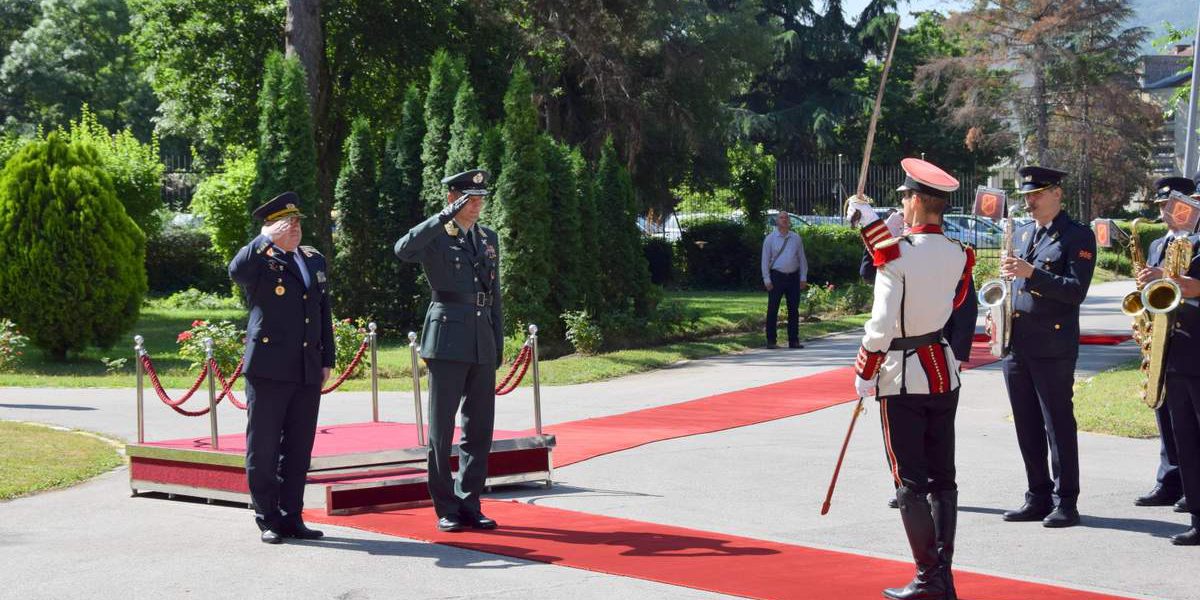 The Chief of General Staff (CHOD) of The Norvegian Armed Forces (AF), General Eirik Khristoffersen, who is on a two-day official visit to the Republic of North Macedonia, spent a day at the General Staff of the Army and the Ministry of Defence.

After the welcome ceremony with military honors, General Khristoffersen had a meeting with his host, Chief of General Staff, Lieutenant General Vasko Gjurchinovski, where the excellent bilateral cooperation between the two armies was discussed.

General Gjurchinovski expressed satisfaction with the current cooperation, which is constantly maintained at a high level, especially in the joint participation in the peace support  operations “ISAF” and “Resolute Support” in Afghanistan, as well as in joint exercise activities. General Gjurchinovski also informed his colleague about the process of transformation of the Army of the Republic of North Macedonia.

Deputy Minister of Defense Bashkim Hasani expressed gratitude for the Norvegian support  and the large number of joint projects of the Army of the Republic of North Macedonia with the Armed Forces of the Kingdom of Norway. He expressed his certainty in the intensified future cooperation between the two armies and countries, NATO allies.

What was presented at the working meeting to the Kingdom of Norway Chief of Defence by part of the key personnel of the General Staff (GS) was the current degree of transformation and reforms within the Army of the Republic of North Macedonia; our contribution to the peace operations; the Army Training Area Krivolak capacities for military training; as well as our participation in the joint activities so far.

During the day, the Norvegian AF CHOD will have an audience with the President of the Republic of North Macedonia and Commander in Chief of the Armed Forces, Stevo Pendarovski.

The Army of the Republic of North Macedonia and the Ministry of Defense have developed excellent bilateral relationships with the Kingdom of Norway AF in several areas, such as: professional development of officers and non-commisioned officers for staff duties, medical training and exchange of experience, public relations, etc.

As a result of the excellent bilateral cooperation with the Kingdom of Norway AF, our surgical teams joined the Norvegian field hospital in Afganistan, as part of the ISAF mission, and our medical team participated as part of the Norvegian contingent at the end of the operation Resolute Support.

It is important to emphasize that in the the past five years, the Kingdom of Norway has donated to the Army of the Republic of North Macedonia sophisticated equipment for telecommunication protection, medical supplies and computer equipment, as well as light maneuvering field hospital that was used not only for the purposes of military exercises, but also to help public health at the beginning of the Covid-19 pandemic.