The Center for Electronic Reconnaissance celebrated the Day of the Unit 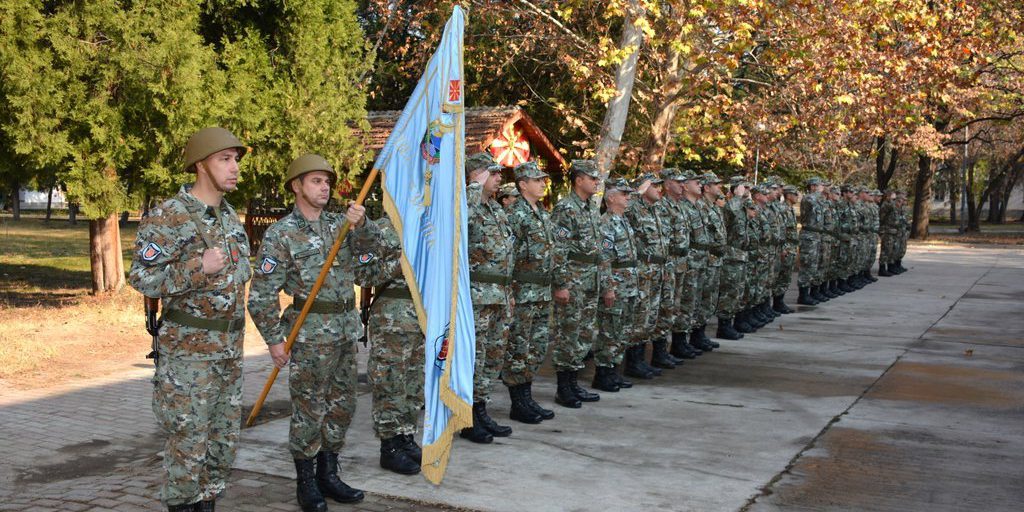 The Center for Electronic Reconnaissance (CER) is a subordinate unit of the General Staff (GS) of ARM and it is based at the military barracks “Goce Delchev” in Skopje. On the 9th of November they celebrated the Day of the Unit.

The Director of GS of ARM, Major General Zoran Mileski congratulated to all service personnel on their Day of the Unit, giving appreciation for their efforts and their commitment in the establishing and building up the unit, which is quite significant for Macedonian defense system.

The CER Commander, Lieutenant Colonel Marjan Masevski gave a speech and talked about the history of electronic warfare, quoting the saying “Always alert, we serve in silence” which illustrates their dedication, relentless and impeccable task accomplishment.

On the Day of the Unit there were incentive measures given to the service personnel who achieved excellent results in their work and training.

Besides the Director of GS of ARM, Major General Zoran Mileski, there were other distinguished guests including Brigadier General Metodi Hadji Janev, representatives of GS of ARM, ARM unit commands and units as well as civilian institutions associates.

The mission of the Center for Electronic Reconnaissance is detection, location, identification, and evaluation of electromagnetic data which is important for the safety and defense of the Republic of Macedonia.