Recognition plague for ARM medical team in ALTEA given by NATO 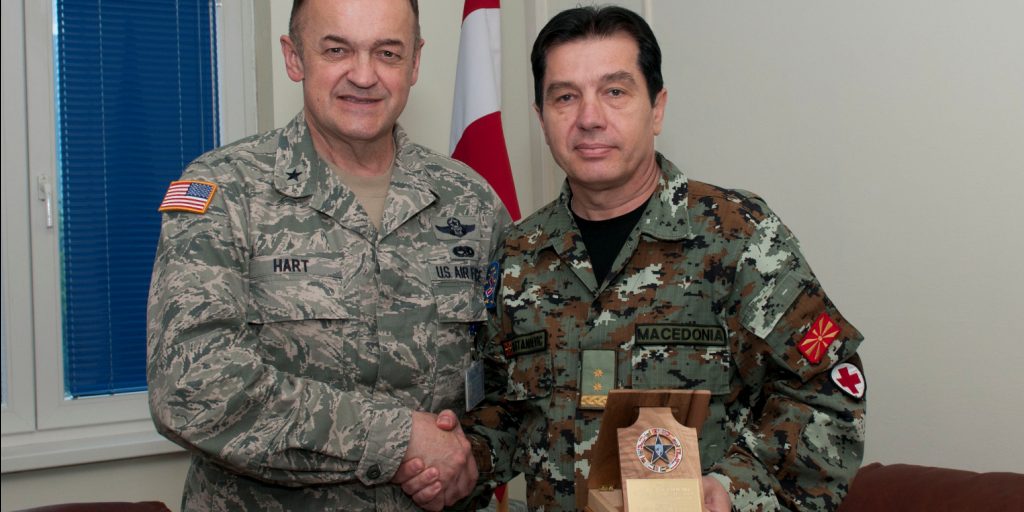 Yesterday (29 April) in the camp Butmir near Sarajevo the commander of NATO forces in Bosnia and Herzegovina Brigadier General Merle Hart met the leader of the medical team of ARM in ALTEA Colonel Predrag Stanojevik.

At the meeting, the fifteenth rotation of the medical team at the Army mission ALTEA, was awarded a special recognition plaque by the commander of NATO forces in Bosnia and Herzegovina, for showing a high level of expertise, professionalism and interoperability in the past six months.

The medical team of ARM consists of 10 people, professional medical personnel and assistants. Their task within the ALTEA mission is to provide medical assistance to the EUFOR forces, located in the camp Butmir near Sarajevo.

The award for the Army medical team, given by NATO in Bosnia and Herzegovina, is another confirmation of the operational capabilities of the ARM related to providing medical security, as one of the standards of the Alliance that has been achieved.

Yesterday, before departing, the sixteenth rotation of the medical team of the Army, met with the Minister of Defense Talat Xhaferi and Chief of General Staff Lieutenant General Goranco Koteski. The celebration on the occasion of sending the new team was held at the Brigade for Logistics Support of ARM. The changing of the medical teams at the camp Butmir will be at the beginning of May.