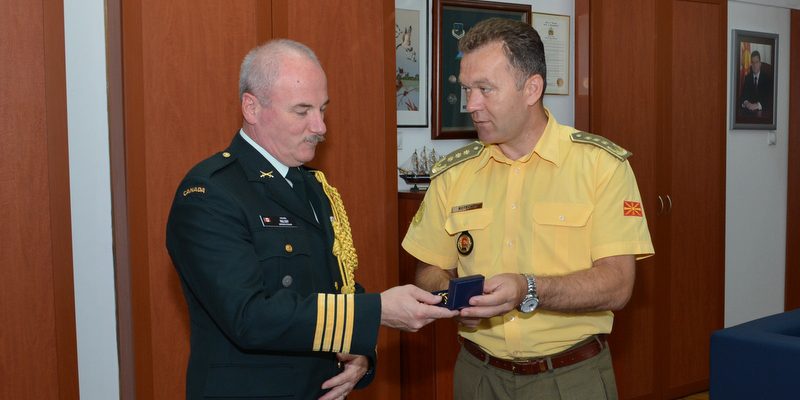 Today, 11 July 2014, the Chief of the GS of the ARM, Lieutenant General Gorancho Koteski had a farewell meeting with Colonel Paul Duff, Canadian defence attaché in the Republic of Macedonia.

During this meeting, general Koteski thanked Colonel Duff about his work and professional commitment, highlighting his contribution to the continuation of the excellent bilateral cooperation between the Macedonian Army and the Armed Forces of Canada.

Colonel Duff served the duty of Canadian defense attaché at the Canadian Embassy in Belgrade, Serbia, where the past three years he was responsible for cooperation in the field of defence between Canada and the Republic of Macedonia.