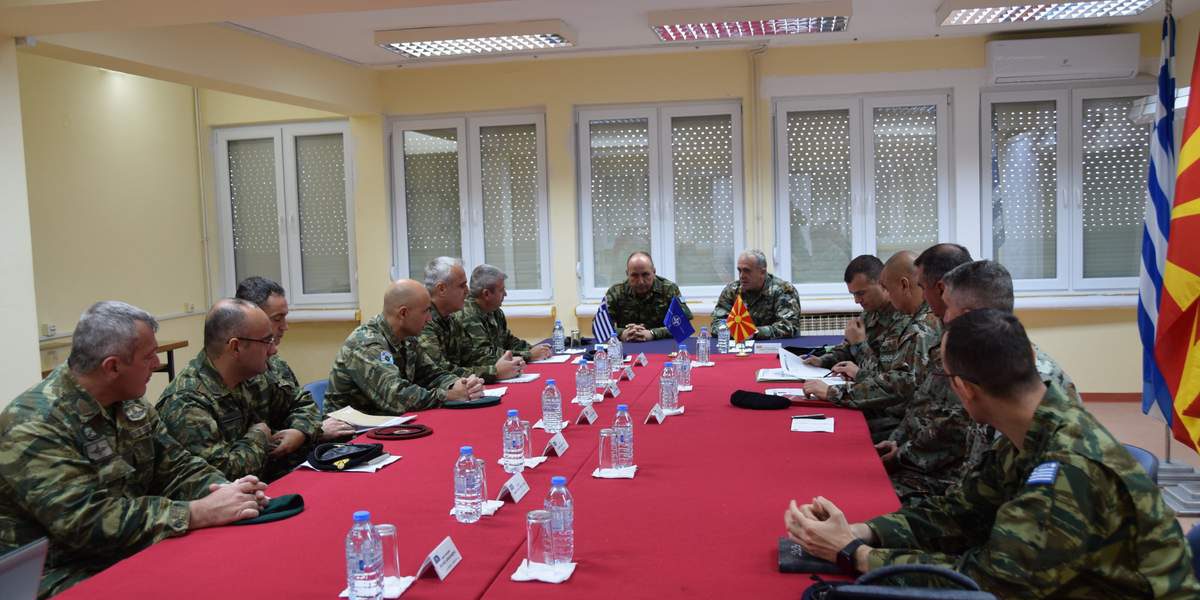 A delegation from the NATO Rapid Deployable Corps based in Greece (NRDC-GR) led by the Commander of the Corps, Lieutenant General Sotirios Kostakoglou, at the invitation of the Chief of the Army General Staff, Lieutenant General Vasko Gjurchinovski, was on a one-day working visit to The Army of the Republic of North Macedonia.

The purpose of the working visit is to consider the cooperation possibilities with the NATO Rapid Deployable Corps through the use of the facilities offered by the Army Training Area “Krivolak” for conducting training and exercises.

During the stay at the Krivolak Training Area, the Chief of the General Staff, General Gjurchinovski and the commanders of the Operations Command, the Training and Doctrine Command and the 1st Infantry Brigade, presented the facilities available at this army training area to General Kostakoglou.

At the same time, the capacities of the training area for performing various training and complex training operations were presented, as well as the accommodation facilities, which have been confirmed on several occasions during the execution of international training activities with NATO allies. Previously, the military delegation from the Corps Command got acquainted in more detail with the specifics of the training area. The visit is the result of the previously established cooperation during the meeting between Generals Gjurcinovski and Kostakoglou, which took place in August at the command of this NATO unit.

By establishing the cooperation with the NATO Rapid Deployable Corps, it will be possible, in addition to the planned participation of staff personnel from the Army of the Republic of North Macedonia, to further confirm our abilities to organize NATO training and exercises, which play an important role in strengthening common security.