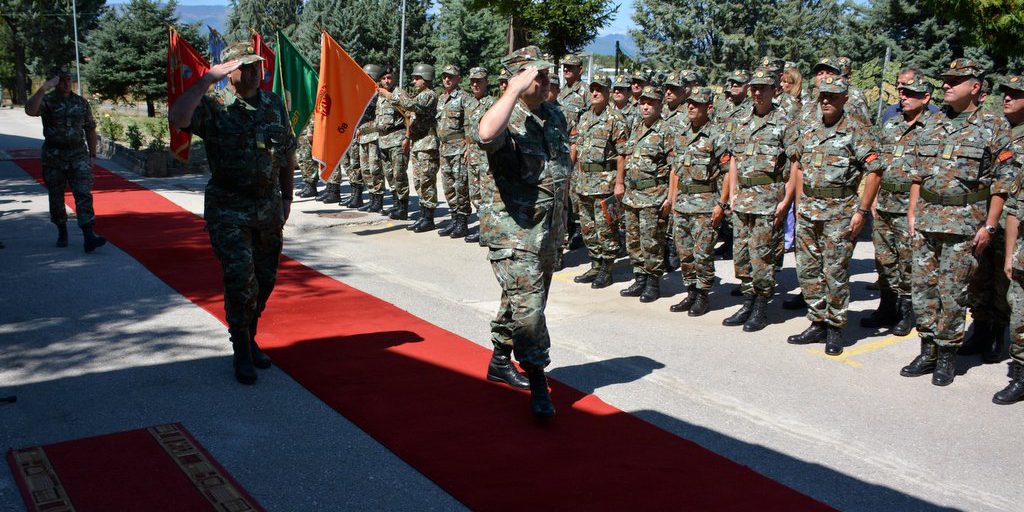 At the ceremony, in accordance with the Rule of military protocol, the Minister of Defence, CHOD of ARM and the newly appointed Commander of JOC addressed the lined up members of JOC.

In his speech the Minister of Defence emphasized that the duty Commander of JOC is a challenge for every military leader, which is reflected in the fact that the previous and the current Chief of Staff came to the office from this post.

The newly appointed Commander of JOC Brigadier General Gjurchinovski stated that he expects creativity and dedication from his personnel in the forthcoming period to justify the trust that JOC and ARM have among the citizens of the Republic of Macedonia.

In addition he thanked General Velichkovski on the results JOC has achieved so far and promised to continue with accomplishments that will make everybody proud.

At the end of the ceremony while handing over the military flag of JOC the official transfer of duty Commander of Joint Operations Command was performed.