Celebration on the Occasion of the Air Defense Brigade Day 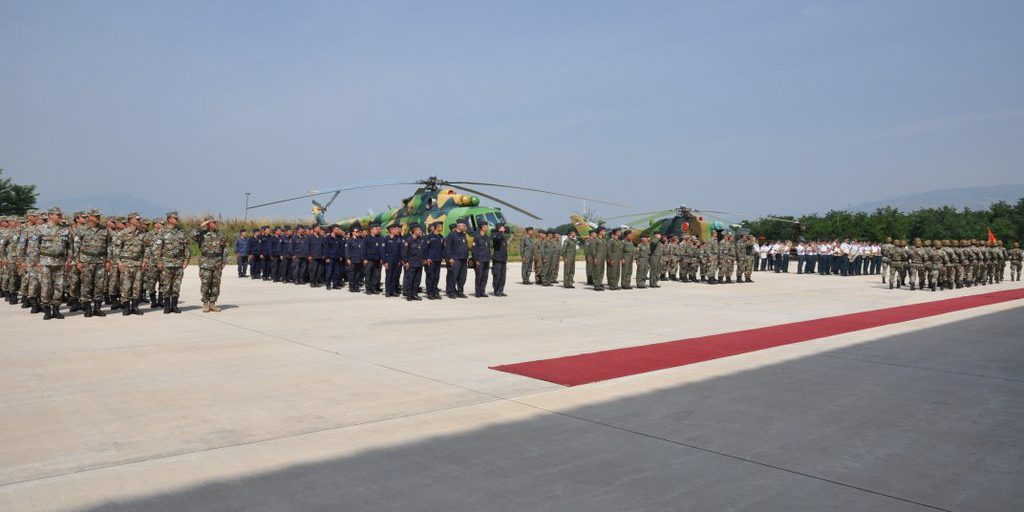 The servicemen of the Air Defense Brigade (ADBde) from the Joint Operations Command celebrated 10th June – the Day of the Unit with a military celebration that took place at Strasho Pindzur barracks in Petrovec.

Deputy Chief of Staff of GS of ARM Major General Azim Nuredini, expressed congratulations on the occasion, emphasizing that all its servicemen are trained to complete their tasks that emanate from the specific mission of this unit, exercises and missions within NATO structures, as well as managing natural disasters that struck the Republic of Macedonia in the past.

After short historical overview of the unit, while giving his speech, the Commander of the ADBde, Colonel Robert Malezanski pointed out that efforts will be made towards conducting the service at the highest level and quality possible, as well as towards renewing the equipment and its quality maintenance which is of great importance for conducting the mission of the unit and training the personnel in order to sustain continuous high combat readiness of the unit.

On the occasion of the day of the unit promotion orders were read, and a cup and a flag for achievements in carrying out the mission of the unit were presented to the transport helicopter squadron.

Within the ceremony, there was a flyover of the ADBde planes and an exhibition of technical materials of the unit.

At the ceremony of the Day of Air Defence Brigade apart from the Deputy Chief of Staff of GS of ARM Major General Azim Nuredini, other generals of ARM, representatives of MoD and GS of ARM, commanders of subordinate commands and units of GS of ARM, former commanders and members of the unit and other distinguished guests were present.

The existence of the Brigade is based on a decree of the President of the Republic of Macedonia dated on 10th April 1992, when the Command of the Army Air Force and Air Defense of ARM was established, and it included the Air Brigade with aviation, transport and combat helicopter squadron. In 2005, the Air Brigade transformed into a smaller, more compact unit called WING (air defense reconnaissance assault group) that operated until 2012 when the Air Brigade was transformed once again within the Joint Operations Command.