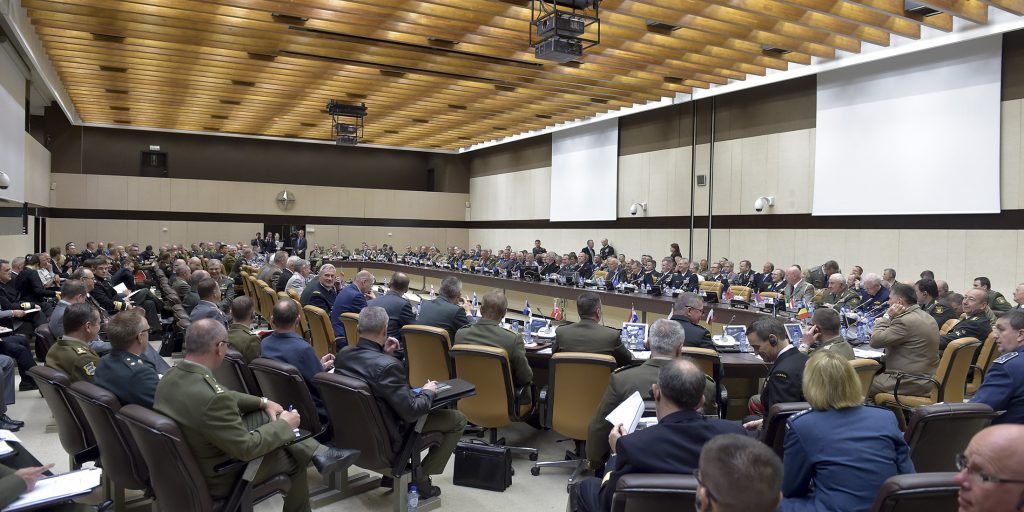 Issues concerning the current security situation in Afghanistan, engagement of NATO and its partner countries in the RESOLUTE SUPPORT mission, as well as, the mutual interoperability platform between the partner countries were reviewed, in two separate sessions, at the meeting between the Chiefs of Defence of the NATO member states and Partnership for Peace.

In his address General Velichkovski emphasized the continuous ARM contribution in the RESOLUTE SUPPORT mission, participating with 39 members, as well as the overall ARM effort towards integration in the Euro-Atlantic NATO structure.

Second part of the Conference focused on reviewing the further projecting of stability and strengthening the interoperability between the partner countries, where the Chiefs of GSs will get acquainted with the updated status and the resulting tasks for interoperability from the previous sessions.

At the Conference General Velichkovski had several meetings with NATO senor military leaders and Chiefs of GSs of the participating countries, where useful information and experiences were exchanged.

Tomorrow the delegation will have a meeting with the Mission of the RM in NATO, following the previously held meetings with the ambassadors of the Republic of Macedonia in the European Union and NATO.

Prior to the NATO Summit in Warsaw, the Conference is significant from the aspect of directing the current military cooperation processes, courses of implementing the plans with improved synchronization between NATO and its partner countries.

The Military Committee meets twice a year at NATO Headquarters in Brussels, at the level of Chiefs of Defence to discuss NATO operations and missions and provide the North Atlantic Council with consensus-based military advice on how the Alliance can best meet global security challenges.