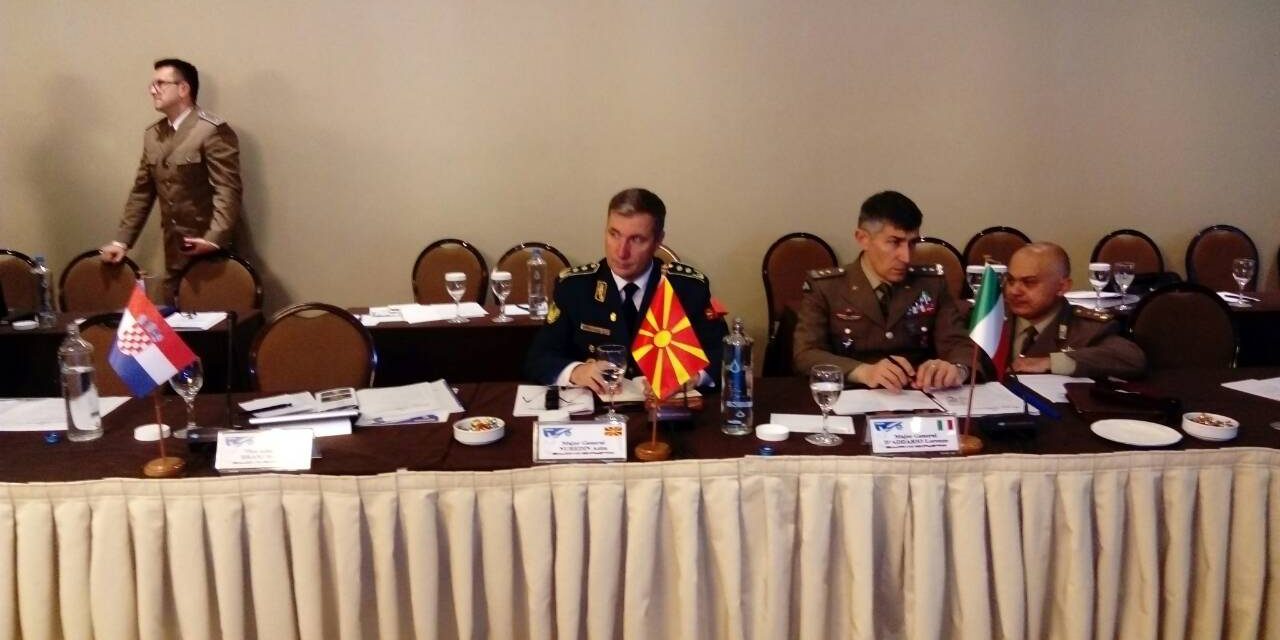 The Deputy Chief of General Staff (DCGS) of ARM, Major General Azim Nuredin, is attending the annual meeting of DCGS within the cooperation process between the Defense Ministries of Southeastern Europe (SEDM) today in Athens, Greece.
During the meeting last year’s significant activities of SEDM process were presented, including the activities of the Brigade of Southeastern Europe (SEEBRIG), as part of this process, whose essence is mutual strengthening of understanding and political – military cooperation in the region, in order to improve the stability and security in Southeastern Europe.
Among the rest, the current security risks with which the countries from the region are faced was analyzed including the necessity of joint coordinated approach; the activities for the following simulation exercise “SESIM-18” of the Member Armies of SEDM, which will take place in November in Istanbul, Turkey.
General Nuredin in a conversation with the other participants repeated that with coordinated and regionally designed measures and activities, with clearly defined goals, responsibilities and tasks the countries will succeed in managing modern security threats. In addition, he mentioned that by respecting and sharing the Euro-Atlantic strategic and defence principles, the Republic of Macedonia is ready for full membership in NATO.
The SEDM process for the first time was initiated by the USA in 1996 in Tirana, in order to strengthen understanding, political – military cooperation and improvement of the region security with complete dedication to the principles of sovereignty and territorial integrity of all member countries.
The Republic of Macedonia participates in “SEEBRIG” brigade with declared units of engineers and infantry platoon and staff officers, by being an active contributor to cooperation in Southeastern Europe, and participation in peacekeeping missions.
Participants in the SEDM initiation are Albania, Bulgaria, Bosnia and Herzegovina, Greece, Georgia, Italy, Macedonia, Romania, the USA, Slovenia, Serbia, Turkey, Ukraine, Croatia and Montenegro while Moldova has a status of an observer. In June 2019, ARM will host the next annual meeting of DCGS.

Official visit of the Deputy Chief of GS to the Armed Forces of the Republic of Turkiye
28.09.2022