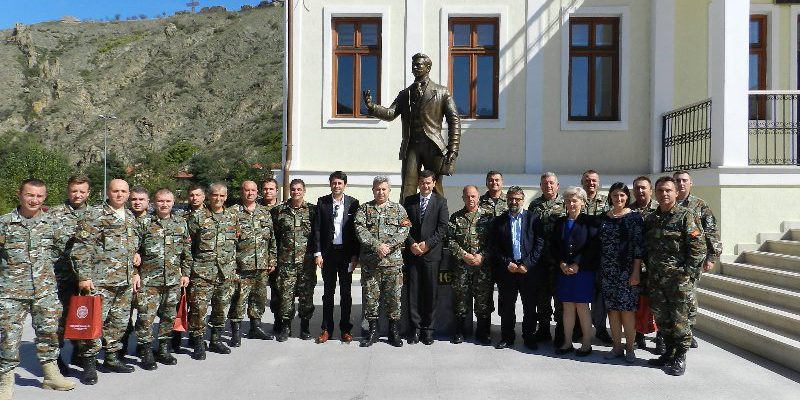 Today, on 30 September, 2014, in accordance with the Annual Working Plan of the Joint Operations Command (JOC), the key personnel of the command and the subordinate units visited the “Goce Delchev” University in Shtip.

In compliance with the program the following activities took place: a meeting with the board of the university, introduction with the university, its structure and its role in the educational system in the Republic of Macedonia, and a lecture on the new challenges in the Euro-Atlantic integrations.

As a result of the excellent civil-military cooperation, the mayor of Shtip Ilcho Zahariev, the metropolitan of Bregalnica Ilarion, representatives of the local government and other organizations were present during the visit.

The visit of the university is a continuity of the previous visits of universities: FON in Skopje and the University of Southeast Europe in Tetovo that are realized within the framework of the project for civilian and army collaboration of JOC with the universities in the Republic of Macedonia.