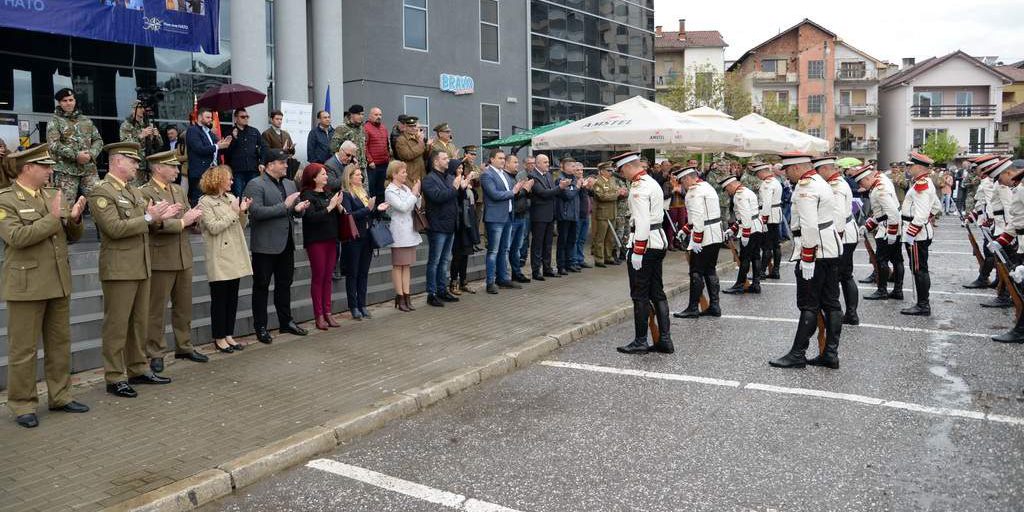 As part of the activities organized by the Ministry of Defense and the General Staff which marked the 70th anniversary of the NATO Alliance formation, the members of the Joint Operations Command (JOC) participated in the activities in the few past days.

At the open days for the citizens on April 5 in Prilep and April 9 in Kumanovo the members of the subordinate units of JOC, besides the music acts performed by the military orchestra, the famous act of the Honored Guard Battalion, “The Egzrcir”, the performance of the cultural-artistic association from Prilep and the booths of the Military Academy, enriched the event by exhibiting a part of the army weapons, combat equipment and vehicles, which they possess and use in the performance of the everyday duties and tasks.

At the open days besides the Minister of Defense, Radmila Shekerinska, the Deputy of the Chief of General Staff, Major General Azim Nuredin and the commander of JOC, Major General Pavle Arsovski who saw the event in Kumanovo, also present were representatives from the Ministry of Defense, the Army, the Mayors of Prilep and Kumanovo, as well as other representatives from the social and economic sector of the local governments.