Exchange of Experiences with the Armed Forces of Bosnia and Herzegovina 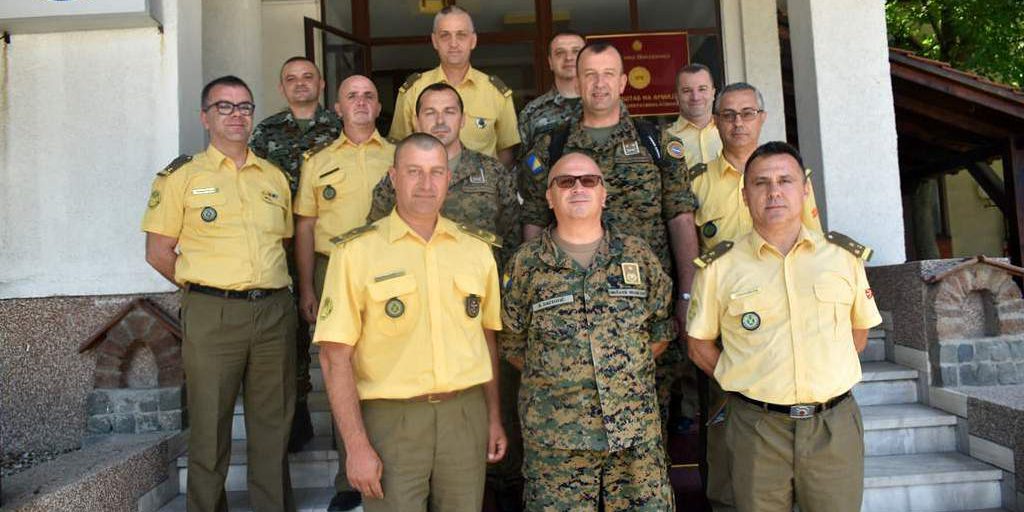 On 04.07.2019 at the Joint Operations Command (JOC) was realized the activity “Exchange of experiences in the area of equipment, training and evaluation of the battalion battle group in accordance with the OCC E&F program” with the armed forces of Bosnia and Herzegovina.

During the visit a briefing was realized for the organizational structure and mission of JOC, a presentation on the equipment of a light infantry battalion group (LIBG) and also a brief summary on the declared units of the Army and realized evaluations, so far.

The Army, with the armed forces of Bosnia and Herzegovina developed excellent bilateral military cooperation in several areas, since its formation in 2006 such as education, training, exercises, military-medical training etc.

A visit to the Engineer Battalion by the Vermont National Guard’s 572nd Brigade
07.11.2022