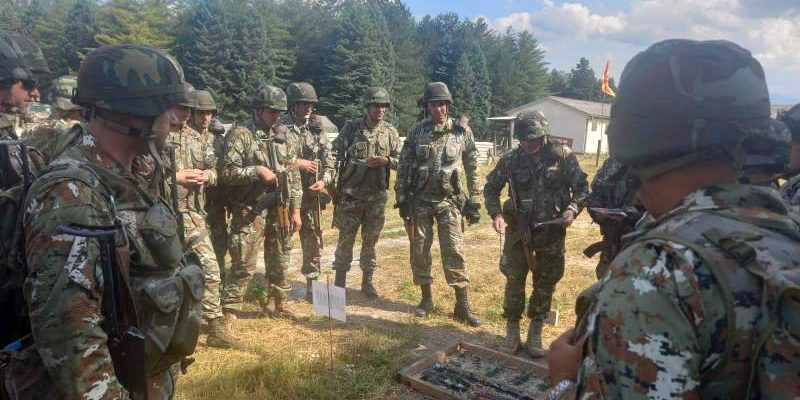 A situational training exercise (STX) was held from 7th to 09th June, at the barracks “Chede Filipovski – Dame”. The Light Infantry platoon (LIpl), which will be part of the EU Balkan Battle Group (HELBROC 23/1), will be evaluated during the exercise, in accordance with the guidelines for the Combat Readiness Evaluation of the Army.

The aims of the exercise and the evaluation of the LIpl were to practice and demonstrate specific skills and abilities during rough weather and terrain conditions, transport of personnel, equipment and resources as well as deployment from a peacetime location to an assembly area.

The acquired training tactics, techniques and procedures were confirmed during the training and the exercise, and there was an opportunity to gain some new experiences.

A delegation of the Hellenic Armed Forces, led by the Commander of HELBROC, Brigadier General Vasileios Tsamis together with representatives of the General Staff of the Army of the Republic of North Macedonia, the Operations Command and the 1st Infantry Brigade were present during the evaluation.