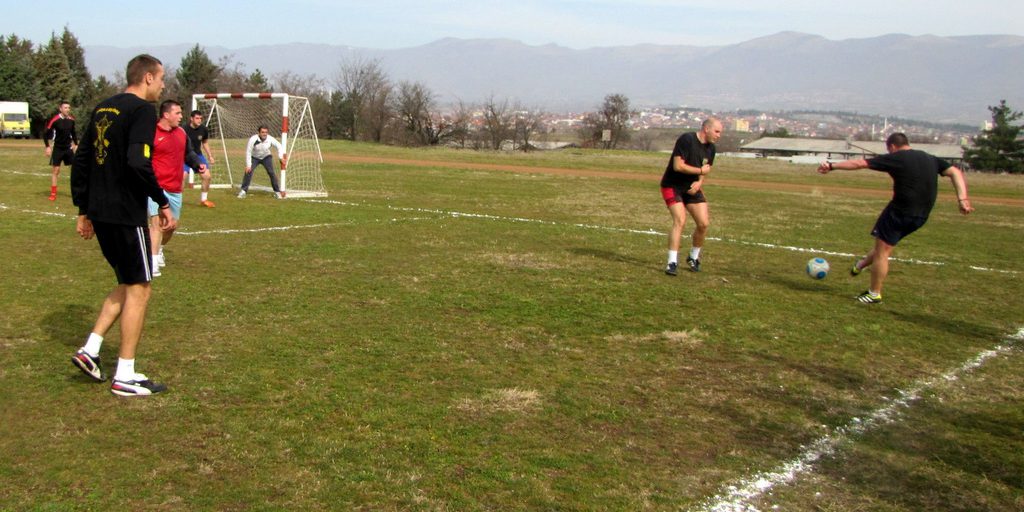 Within the celebration of the Day of the Special Operations Regiment – 1st of March, from 16.02. until 29.02 several activities were realized.

The celebration of the day started with sports games in which through sports and competitive spirit units which are housed in barracks “Ilinden” measured their straights. On days 16 and 17.02.2016 year on the sports terrains in the barracks competitions in several disciplines such as football, basketball, and running relay were conducted.

The next activity that was realized was blood donor action that took place on 23 and 24.02.2016 year. As always the humanity of members of the unit was not lacking so this voluntary blood donating action was attended by a number of members of the regiment.

On 29.02.2016, members of unit realized donation of funds in the Day Care Centre for children with autism and the Centre for Rehabilitation of Youth and Youth in Skopje.