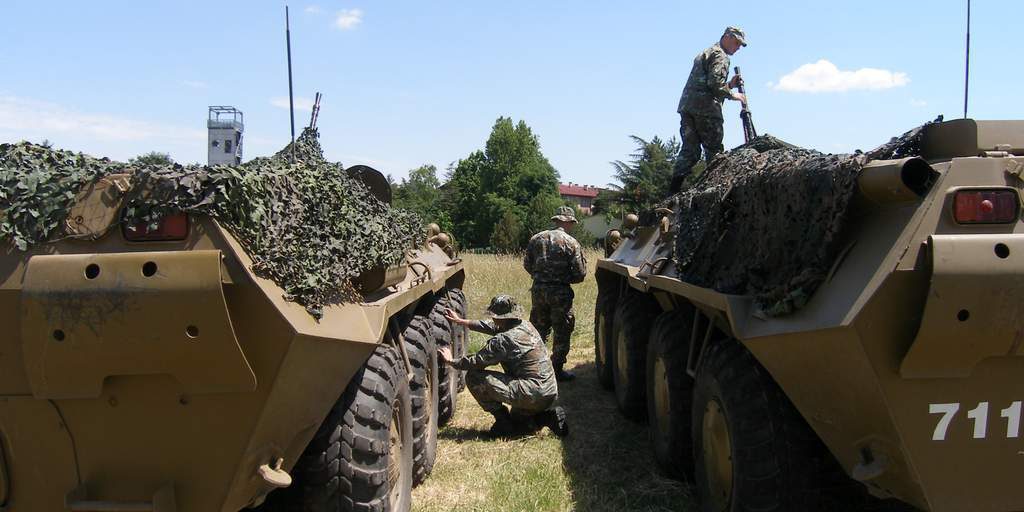 In the past three days on the terrains in “Ilinden” barracks, members of the Logistics Support Company as part of the Special Operations Regiment carried out a training for setting up and functioning of an executive logistic command post.

Successful management of logistic operations is a key factor for the success of military operations at all levels of warfare. In line with this, the training was focused on exercising in the setting-up and putting into operation of an executive logistic command post. Part of the tasks were: preparation of logistic packages for re-supply, preparation of food in field conditions, medical support on the battlefield, transport and its provision, carrying out combat transport with OT BTR 80 and Hermelin while following the actual needs for running special operations.

At the final demonstration, the members of the team demonstrated the capabilities, capacities and skills to perform combat service support in the function of the Special Operations Regiment, as part of the battlefield operating system.