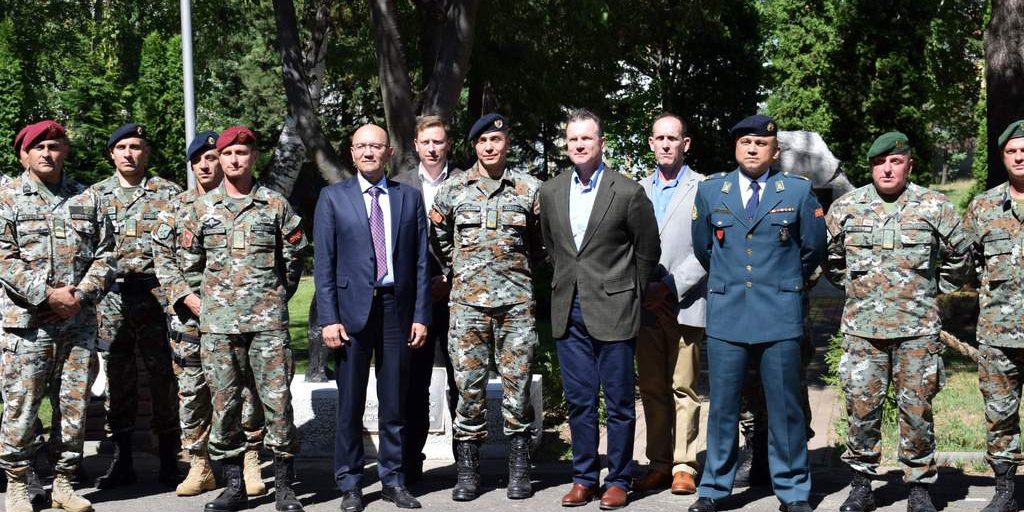 NATO Special Forces Headquarters delegation led by Vice Admiral Colin Kilrain was welcomed by Special Operations Regiment Commander, Brigadier General Metodi Hadji Janev. The aim of the visit was an exchange of information regarding the Special Forces (SF) transformation and integration after becoming a NATO member country as well as opportunities for further cooperation. The SOR Commander informed the Vice Admiral about his plans and desired objectives he made regarding the Special Forces development in the Republic of North Macedonia.