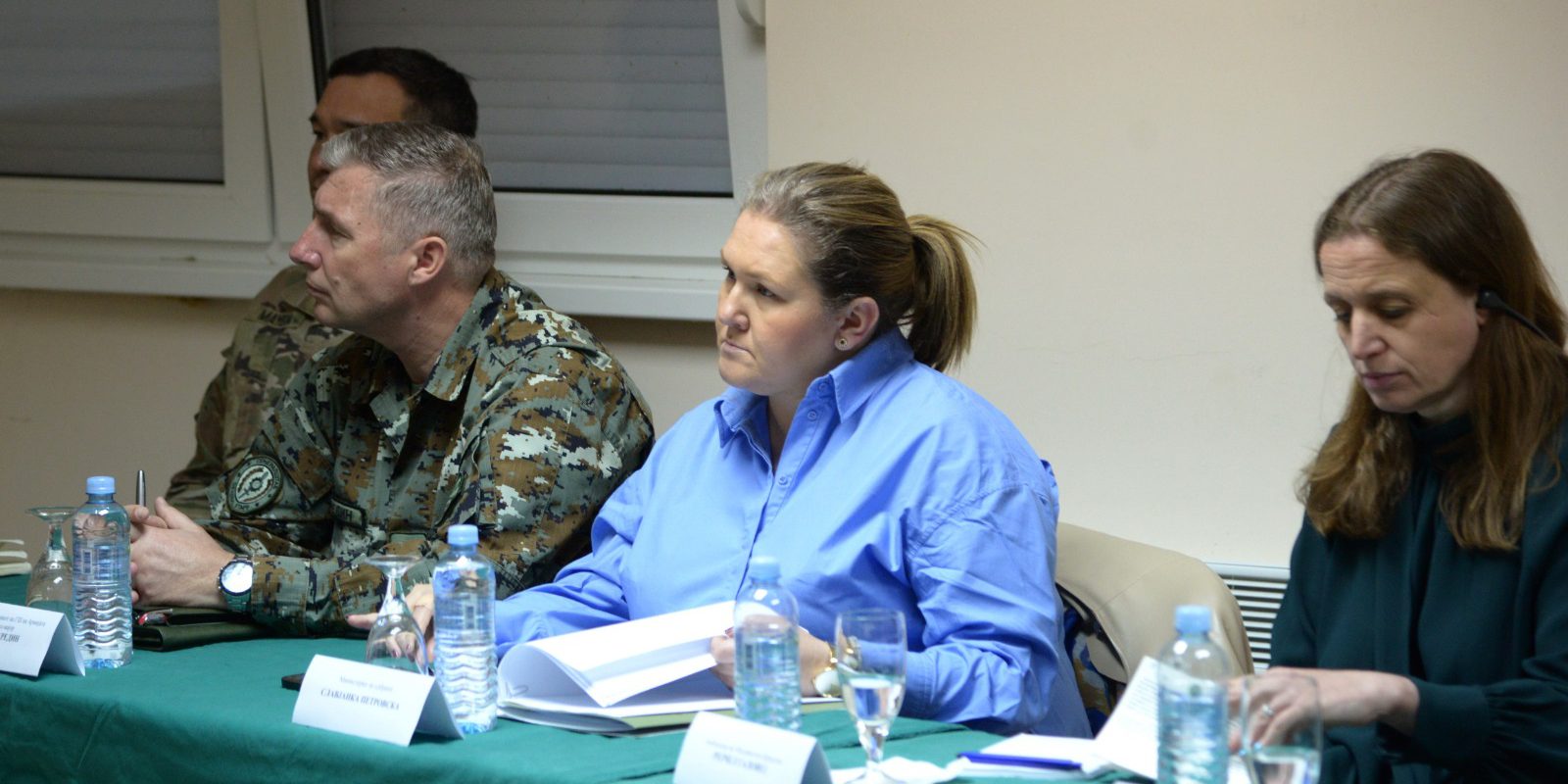 The Minister of Defence Slavjanka Petrovska, together with the Ambassador of the United Kingdom, Rachel Galloway, today, at “Krivolak”, attended a briefing for the media representatives where they informed them in detail about the purpose and activities during the exercise “Swift Response 22”, which is conducted at the Krivolak army training area.

In the statement after today’s briefing, Minister Petrovska said that this is one of the largest exercises that is performed synchronously at several locations in different countries of the Alliance. In the Republic of North Macedonia, the exercise involves 4,600 soldiers and it is already underway at the Krivolak training army training area.

The purpose of this exercise, said Minister Petrovska, is the development of the capacities of the army members as well as the establishment of “Krivolak” as a training center with a huge capacity and opportunities for training.

“At this type of complex exercises that we perform together with the allies, we are demonstrating its readiness, the level of interoperability, and naturally the manner in which it cooperates with other armies within the NATO alliance. The second aspect that is important for us as a country, is to show the capacities and capabilities of the training center “Krivolak”, said Minister Petrovska.

She stressed that the range is extremely important for the Army, and therefore the Ministry of Defence with the support of our strategic partners, in particular, the United Kingdom and the United States is investing in its equipment and modernization.

The British Ambassador Galloway emphasized that this exercise will show the collective readiness and ability and that it will show the transatlantic connection that made the NATO – Alliance the strongest alliance in modern history. Galloway informed that the United Kingdom is participating in this exercise with 1,800 paratroopers, who she said are capable, highly trained, well-equipped and that they want to train at the Krivolak training area, which offers unique training conditions.

From the briefing, Minister Petrovska sent a call to the citizens of Skopje and North Macedonia to visit the Open Day for Aircraft Display, which will be realized on 8 May, on Sunday, at the sports airport “Stenkovec”, where some of the helicopters used during the exercise will be displayed, and where the A-10 and F-16 aircraft will perform overflights.

North Macedonia is hosting exercise “Swift Response 22” which is being conducted from 2 to 20 May. About 4,600 members of the armed forces of eight NATO member states are taking part in the exercise: the United States, the United Kingdom, Italy, France, Montenegro, Albania, Greece and North Macedonia.