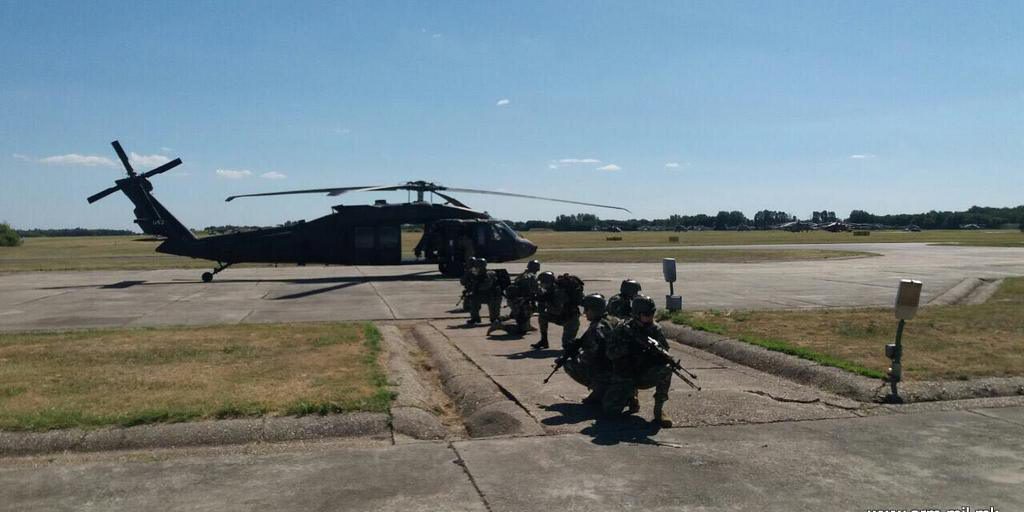 According to the given mission ARM units who participate in the exercise ‘Saber Guardian 17’, by executing various activities, have an opportunity to demonstrate their preparedness and performance of the necessary skills.

Special Operations Battalion servicemen, together with their colleagues from the Hungarian and US Army Special Forces, carried out the procedures for air borne action infiltration and withdrawal from the battle zone.

The platoon members of the Military Police Battalion spent the past few days working on control points and securing convoy crossing over a pontoon bridge. They also had an opportunity to meet with the population from the area of ​​responsibility.

The engineers who have been on a long journey with their colleagues from the US Army second squadron are working on preparations for crossing the river by starting to prepare the terrain by constructing platforms for entering and exiting the pontoon bridge.

Members of the Balkan Medical Forensic Forces have already started working in the tactical operating center and in the coordination cell for patients’ evacuation.

During this exercise, as well as many times before, ARM servicemen demonstrate ARM’s ability to fully integrate with the standards and procedures of the allies in carrying out a joint mission.