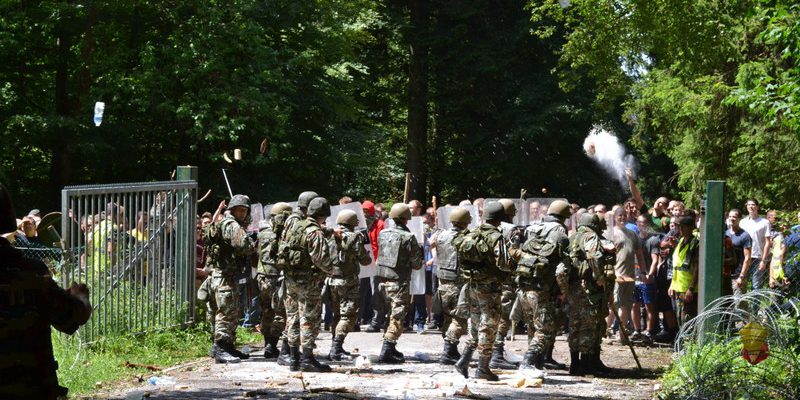 On 10.06.2014, the assessment within the exercise “Fast Lion-14” was officially completed, in the Kingdom of Belgium.

The biggest challenge was carried out today, as well as engagement of the company staff in an incident in which they showed procedures for demonstrations of civilian population and forming a cordon.

With this incident the assessment of the staff and the units officially ended, after which a parade was organized with the units that participated in the exercise.

A Distinguished Visitors Day is planned for 12.06.2014, within the exercise “Fast Lion-14”, on which procedures and activities will be presented; in addition, tactical and technical characteristics of the part of the units’ equipment will be provided.