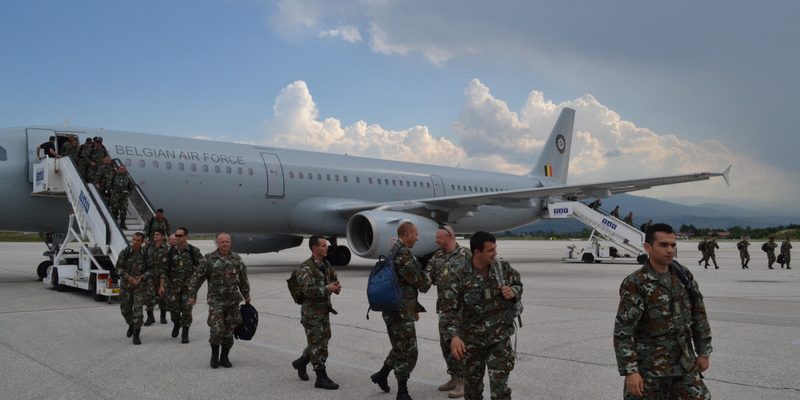 Members of the ARM who participated in the “Fast Lion-14” mission, as part of the force protection company of the European Union battle group (EUBG 2014-2) in the Kingdom of Belgium, returned today to the Republic of Macedonia with the highest grades. At the exercise, the ARM members took part in the evaluation of the EUBG 2014-2 HQ, through fictitious scenarios of a humanitarian mission for support of the displaced peope and the refugees, as well as for search and imprisonment of war crime suspects.

The biggest challenge at the exercise was the cooperation between the 6 different countries (Republic of Macedonia, Kingdom of the Netherlands, Luxemburg, Kingdom of Spain, Federal Republic of Germany and the leader Kingdom of Belgium) with personnel of more than 2 500 soldiers in one battle group.

Once again, at this exercise, ARM displayed its training and interoperability.