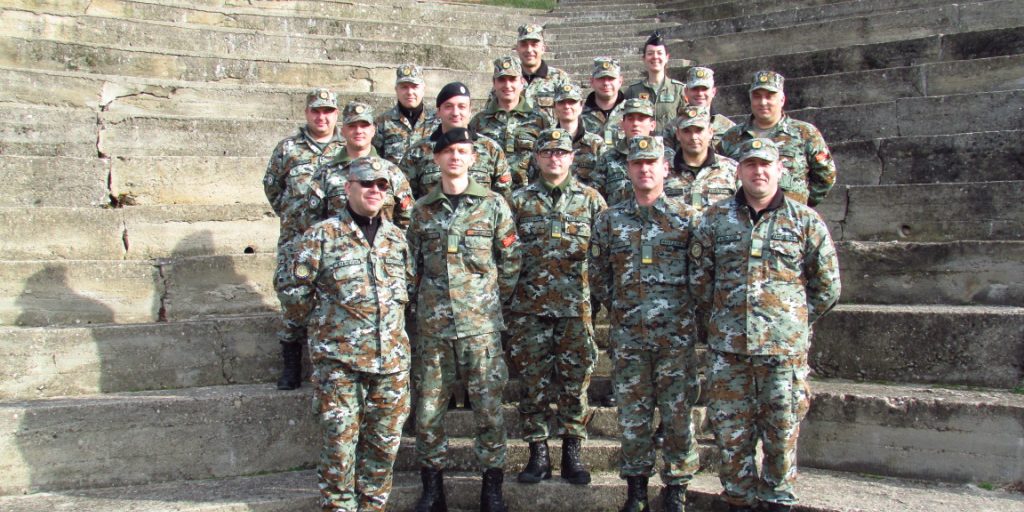 A workshop for designing a plan for the upcoming military exercise ‘Macedonian Flash 14’ (MF-14) is being held at the Training center ‘Pepelishte’ from 22nd to 26th January, 2018. This workshop is part of the continuous preparations and planning of the exercise ‘Macedonian Flash-14’ where NATO re-evaluation Level 2 of the declared military police company is to be carried out, as well as internal evaluation of the land maneuver hospital with role-2.

The workshop was opened by the exercise director Lieutenant Colonel Igor Manasovski, who, following the directions given by JOC Commander, conducted a transformation of the planning team and provided basic instructions for designing the necessary documents. The briefing for the conference attendees was given by the officer with primary responsibility on the exercise, Major Viktor Erkich, who provided some general information, the structure, the phases of realization, the time frame for realization of the exercise and the work schedule.

According to specific assignments and duties of the participants, the workshop for designing the exercise plan was organized through syndicates, which laid the basis for a successful planning process for realization of the exercise.

An initial planning conference is projected for February, and is to be organized in the period from 26 February to 02 March 2018. It should provide the necessary minimum of security challenges for the exercise scenario.