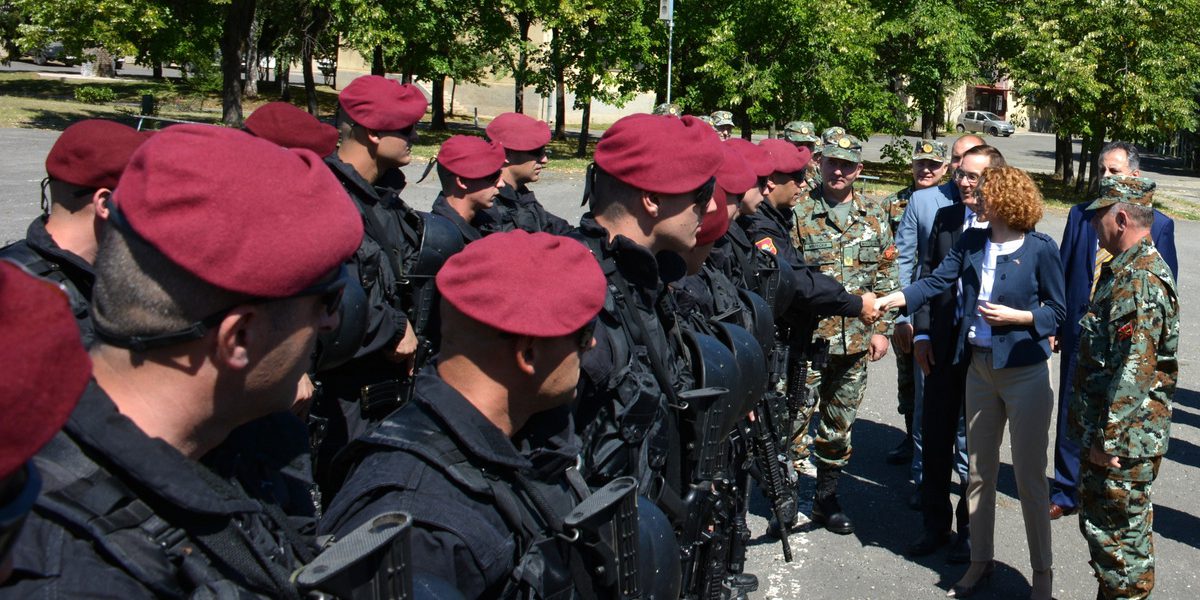 A ceremony was held today at the barracks “Ilinden” in Skopje on the occasion of sending off ARM troops which will participate at the multinational exercise “Saber Guardian 2017”. The exercise is organized and led by the United States Army Europe, and ARM will participate with 71 members of the Army deployed in Romania, Hungary and Bulgaria.

The Minister of Defence, Radmila Shekerinska, the Deputy Chief of General Staff of ARM, Major General Muhamet Racaj and the Ambassador of the USA to the Republic of Macedonia, Jess Baily held their speeches during the ceremony.

The Minister of Defence, Radmila Shekerinska wished the soldiers a successful and impeccable realization of the duties. She will visit the soldiers in Romania, who together with their colleagues from the partner countries have shown high level of military professionalism for which they regularly receive high marks.

General Racaj emphasized that the exercise “Saber Guardian 2017” provides great possibility for exchange of knowledge and experiences, development of capabilities for joint work of the armed forces personnel with the armies of the countries that are members of NATO and PfP and thereby adopting NATO standards and enhancing the combat readiness of the units of ARM as well as improving the staff processes and procedures in NATO operations.

With exercises such as “Saber Guardian 2017”, the USA strengthens the connections with the allies and the partners of NATO and confirms the constant will for common defence and prosperity of Europe. Joint exercises improve the ability of the countries for collaboration, communication and integration in military platforms, and what is most important, they provide personal communication between the soldiers and strengthen our dedication towards each other, said the Ambassador of the USA to the Republic of Macedonia, Jess Baily.