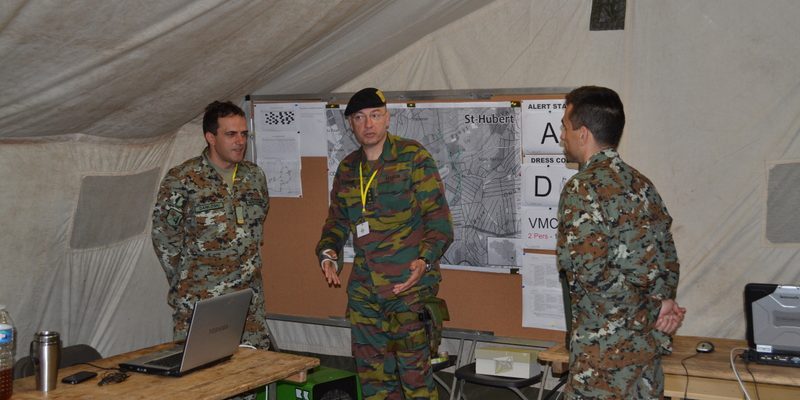 The specification of “Fast Lion 14” defines the main aim of the exercise as certification of EUBG 2014-2 Headquarters to fulfill the list of essential tasks and the ability of EUBG command to meet the challenges in the area of reference. Three staff officers and an NCO from the Army are an integral part of this element of the combat group.

An operation planning is the prerogative of the combined joint section 5, where Lieutenant Colonel Gjoko Maksimov is deployed, and as an adviser for force protection of the commander of EUBG 2014-2, within the command group, within the joint area of operations is deployed Major Igor Manasovski from JOC of ARM. From the 1st MIB, Captain Jovica Martinovikj and Staff Sergeant Igor Stoimenov perform the duties of operations officer and NCO, in the section for psychological operations within EUBG headquarters.

The participation within the planning process, as well as the performing of regular tasks within EUBG headquarters, for the Army personnel is an enhancement of the already acquired knowledge in the area of ​​their profession. In addition, the trust given is a good opportunity to promote the interoperability of the headquarters’ actions and procedures in an international environment.

Today, exercises activities continue, as well as the inspection of EUBG Commander and the operational command of the European Union on the participants and on the exercise headquarters.