The Beginning of the Joint Exercise of ARM and the US Army Land Forces for Europe, ‘Dragoon Guardian 17’ 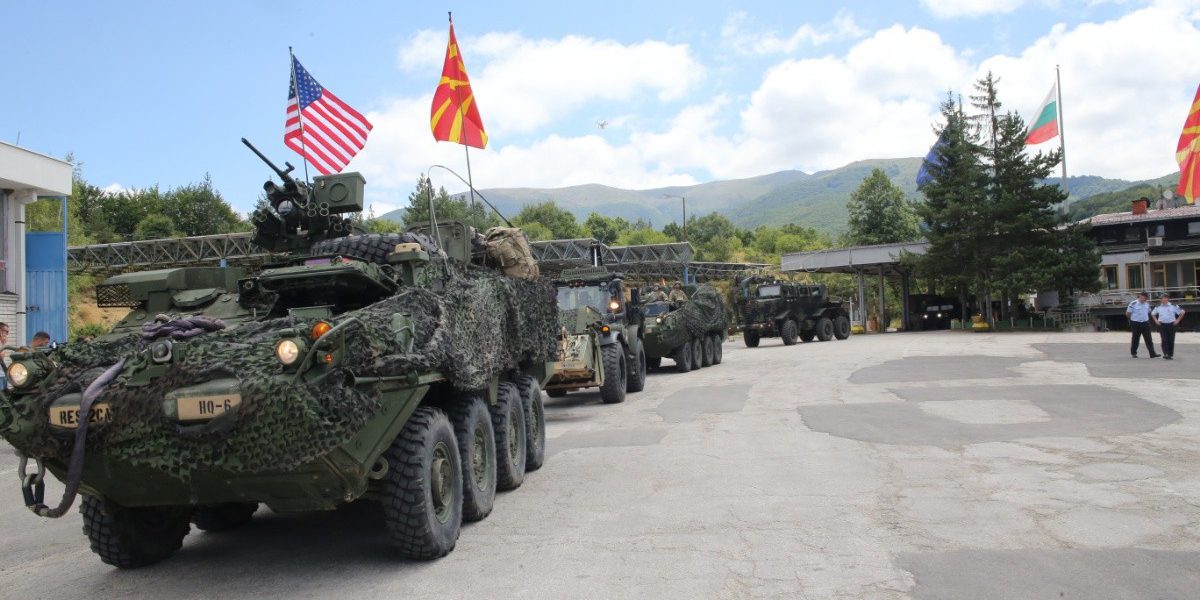 The joint military exercise of the Army of the Republic of Macedonia and the Command of the US Army Land Forces for Europe, ‘Dragoon Guardian 17’ started with the Second Cavalry Regiment convoy entering the border crossing point ‘Deve Bair’.

The developed flags of the Republic of Macedonia and the United States of America raised by the members of the two armies in the first vehicle of the convoy symbolically presented one of the goals of this bilateral exercise, strengthening the confidence and bilateral cooperation between ARM and USA Armed Forces.

Immediately after the entrance of hundreds of motor vehicles and engineering machines with 260 servicemen of the US Army, including eight ARM servicemen from the Engineers Battalion, who had been with their colleagues from the Engineers Squadron for a month now, had their first public appearance in Kumanovo.

The exercise started its part of the civil-military cooperation with a convenient ceremony at which the Defense Minister Radmila Sekerinska, the Joint Operations Command Commander Brigadier General Zoran Mileski, the US ambassador to the Republic of Macedonia Jess Bailey and the Mayor of the Municipality of Kumanovo Zoran Damjanovski addressed the audience.

In addition, the present citizens, who were in large numbers, had the opportunity to observe the presentation of some of the US Army military vehicles and equipment, but also through a direct communication with ARM and US Army servicemen to learn more about the equipment and the procedures that are executed by the US Army and ARM servicemen.

The exercise ‘Dragoon Guardian 17’, which will last until August 10 2017, besides the activities and joint training at TA Krivolak, will have presentations for the citizens in five different cities in the Republic of Macedonia.